John Daniel and Jane Kirkpatrick on tour in May 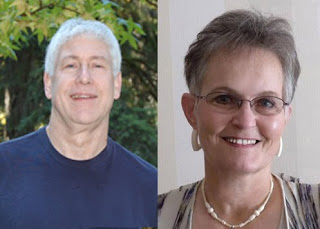 Literary Arts is pleased to announce events in Klamath Falls and Redmond as part of the Oregon Book Awards Author Tour. John Daniel and Jane Kirkpatrick will appear Wednesday, May 25th, 2011 at 6:30 p.m. at the Klamath County Library (126 South 3rd Street). They will also be the featured speakers at The Central Oregon Writer’s Guild meeting on Thursday, May 26th at 6:30 p.m. in Redmond at the Central Oregon Community College Redmond Campus, 2030 SE College Loop, Building 3 Room 306. These events are free and open to the public.

In addition,Jane Kirkpatrick will offer a workshop on Thursday, May 26th at 11:00 a.m. at the Klamath County library. Kirkpatrick says, the workshop, Silencing the Harpies, “is about silencing or at least transforming those negative voices — I call them the harpies — that keep us from moving forward to pursue our creative dreams.” The workshop is free but space is limited and participants are asked to register in person at the Main Library reference desk or by calling 541-882-8894, Ex.t#18.

John Daniel is the 2011 winner of the Sarah Winnemucca Award for creative nonfiction for his book, The Far Corner. Daniel’s other books include Common Ground, The Trail Home, Looking After, and Rogue River Journal. He lives in the Coast Range foothills north of Noti, Oregon, where he is working on a novel.

Jane Kirkpatrick is the author of A Flickering Light, which was selected as a 2011 finalist for the Ken Kesey Award in fiction. Kirkpatrick has authored twenty books based on the lives of ordinary men and women. A retired clinical social worker, she speaks often about the power of story in people’s lives. For twenty-six years, she and her husband ranched in Eastern Oregon. Today they make their home near Bend, Oregon.