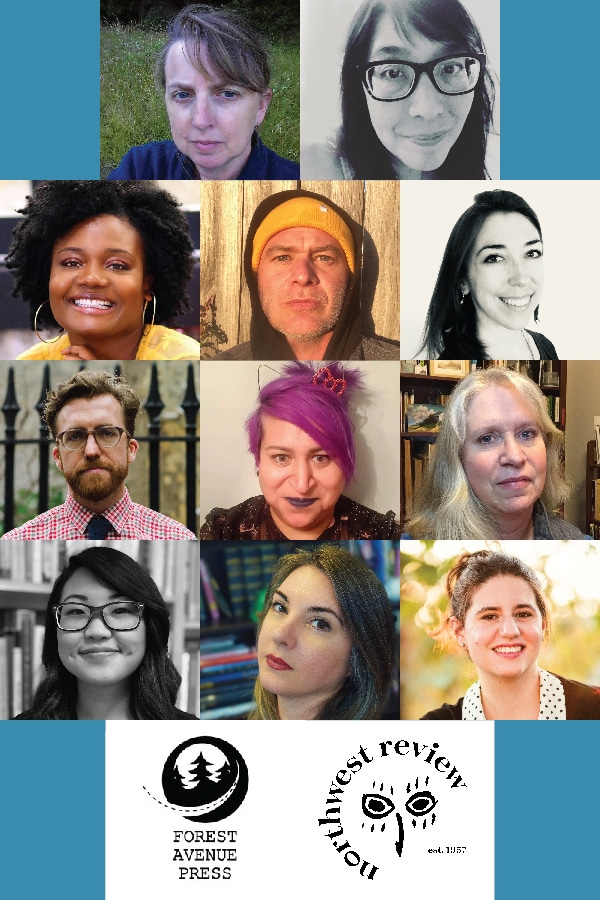 Funding the production of new work by Oregon’s writers and independent publishers.

Oregon Literary Fellowships are intended to help Oregon writers at all stages of their career initiate, develop, or complete literary projects in poetry, fiction, literary nonfiction, drama, and young readers’ literature. Fellowships are also awarded to support Oregon’s independent publishers and small presses that demonstrate a commitment to literary publishing. Click the link below for guidelines and to apply. The deadline to apply is September 17, 2021.

Literary Arts is please to announce the recipients of the 2021 Oregon Literary Fellowships. Generous gifts from our community have increased the value of the Brian Booth Writers’ Fund Endowment which, in turn, have allowed us to further support exceptional Oregon writers.

We received 408 applications from writers and 17 applications from publishers for the 2021 fellowships. Out-of-state judges spent several months evaluating these applications, using literary excellence as the primary criterion. Literary Arts awarded three fellowships this year that were funded by the Oregon Arts Commission.

Since 1987, Literary Arts has honored over 700 Oregon writers and publishers, and distributed more than $1 million in fellowships and award monies through the Oregon Book Awards & Fellowships program.

In addition to our other fellowships, Literary Arts awards fellowships in the amount of $10,000 to writers selected by the judges for their exceptional talent. One of these fellowships is specifically for a writer of color. Applicants submit an application form, optional addendums, a writing sample, an artist’s CV, artist’s statement, and impact statement as described in the guidelines.

“For thirty years, Literary Arts’ grants have made things possible—writing time, a workspace, a new computer, a research trip—filling essential needs and offering Oregon writers the invaluable knowledge that their community supports and honors their work.”

“When I look back at my life as a writer, an Oregon Book Award and a Literary Fellowship stand as high points—crucial reassurance that I was on the right path; that I was, in fact, “a writer.”

Brian Booth was a visionary Oregonian who helped create the Oregon Book Awards and Fellowships program with the help of William Stafford, Ursula K. Le Guin, Ken Kesey, and other iconic writers. Support Oregon’s creative future and make a donation in honor of Brian’s life and legacy.