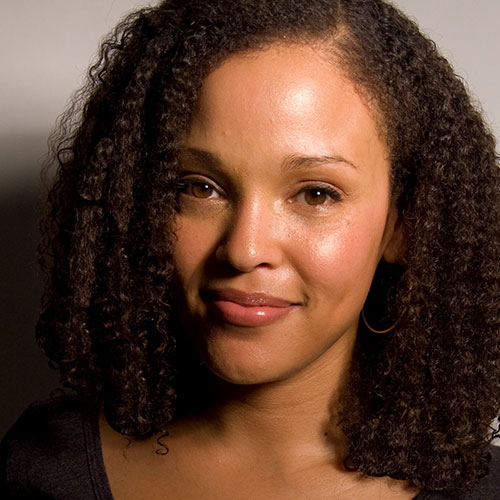 Two-time National Book Award winner Jesmyn Ward gives us an intimate look at the experiences that drive and define her work.

In this episode, we feature Jesmyn Ward. On November 15, 2017, Jesmyn Ward became the only woman ever to win the Nation Book Award twice. She won the award for Fiction in 2011 for her novel Salvage the Bones, and then again for Sing, Unburied, Sing.

This is one of those talks that is so powerful that audience members who attended the live event reported feeling transformed. Ward’s storytelling is, by turns, wide and historic, narrow, and deeply personal. She recounts parts of her early life in which so many of the men in her community—brothers, cousins, friends—were killed, and connects these tragedies with the larger tragedies of slavery, segregation, Jim Crow, and mass incarceration. She talks about the recent birth of her son and the dangers he faces simply by being Black and male in America. Ultimately, Ward answers the question about why she is a writer: That she hopes her writing helps people see her son not as a “tool, a type, or a terror,” but as a human being, and that, just as she does here, she seeks to tell stories that make us real to each other, with all that hope entails.

“I…thought of the little boy swimming inside of me. And then I thought of the men I know from my small community, DeLisle, Mississippi, who have died young. There are many. There are too many… The pain of their absence walks with their loved ones, beneath the humid Mississippi sky, the bowing pines, the reaching oak. We walk hand-in-hand in the American South. Phantom children. Ghostly siblings. Specter friends.”

Jesmyn Ward received her MFA from the University of Michigan and has received the MacArthur Genius Grant, a Stegner Fellowship, a John and Renee Grisham Writers Residency, and the Strauss Living Prize. She is the winner of two National Book Awards for Fiction for Sing, Unburied, Sing (2017) and Salvage the Bones (2011). She is also the author of the novel Where the Line Bleeds and the memoir Men We Reaped, which was a finalist for the National Book Critics Circle Award and won the Chicago Tribune Heartland Prize and the Media for a Just Society Award. She is currently an associate professor of creative writing at Tulane University and lives in Mississippi.