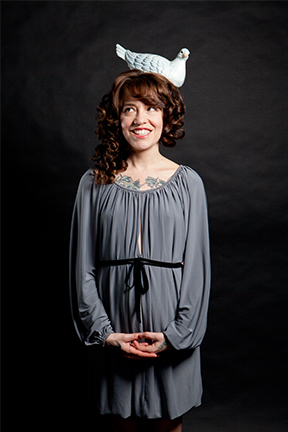 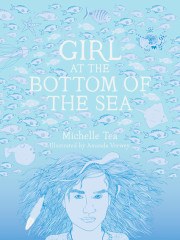 Michelle Tea is the author of 4 1/2 memoirs, 1 1/2 novels, 2 Young Adult novels, and a collection of poetry. Her memoir Valencia is an underground classic and is currently being made into a feature film by 21 different filmmakers. She is the founder and executive director of RADAR Productions, a literary non-profit which hosts the monthly RADAR Reading Series (voted Best Literary Series by SF Bay Guardian Readers), the infamous Sister Spit Literary Performance tours, an annual poetry chapbook contest, and the Radar LAB Writers’ Retreat in Akumal, Mexico. She is a former writer of horoscopes and a current reader of tarot cards. Amanda Verwey is an illustrator based in Oakland, California by way of Racine, Wisconsin. She has self-published four original comic books and has a story featured in the Qu33r comics anthology, to be released in 2014 by Northwest Press. Her illustrations have been commissioned by the Bold Italic, Yerba Buena Center for the Arts, and RADAR Productions.

Michelle Tea will give a Pop-Up Reading at 1pm in the Glass Gallery (Jubitz Center, 2nd Floor).