A limited number of single tickets to this event have been made available (no need to purchase a full subscription). Scroll down to purchase a general admission ticket for this event. 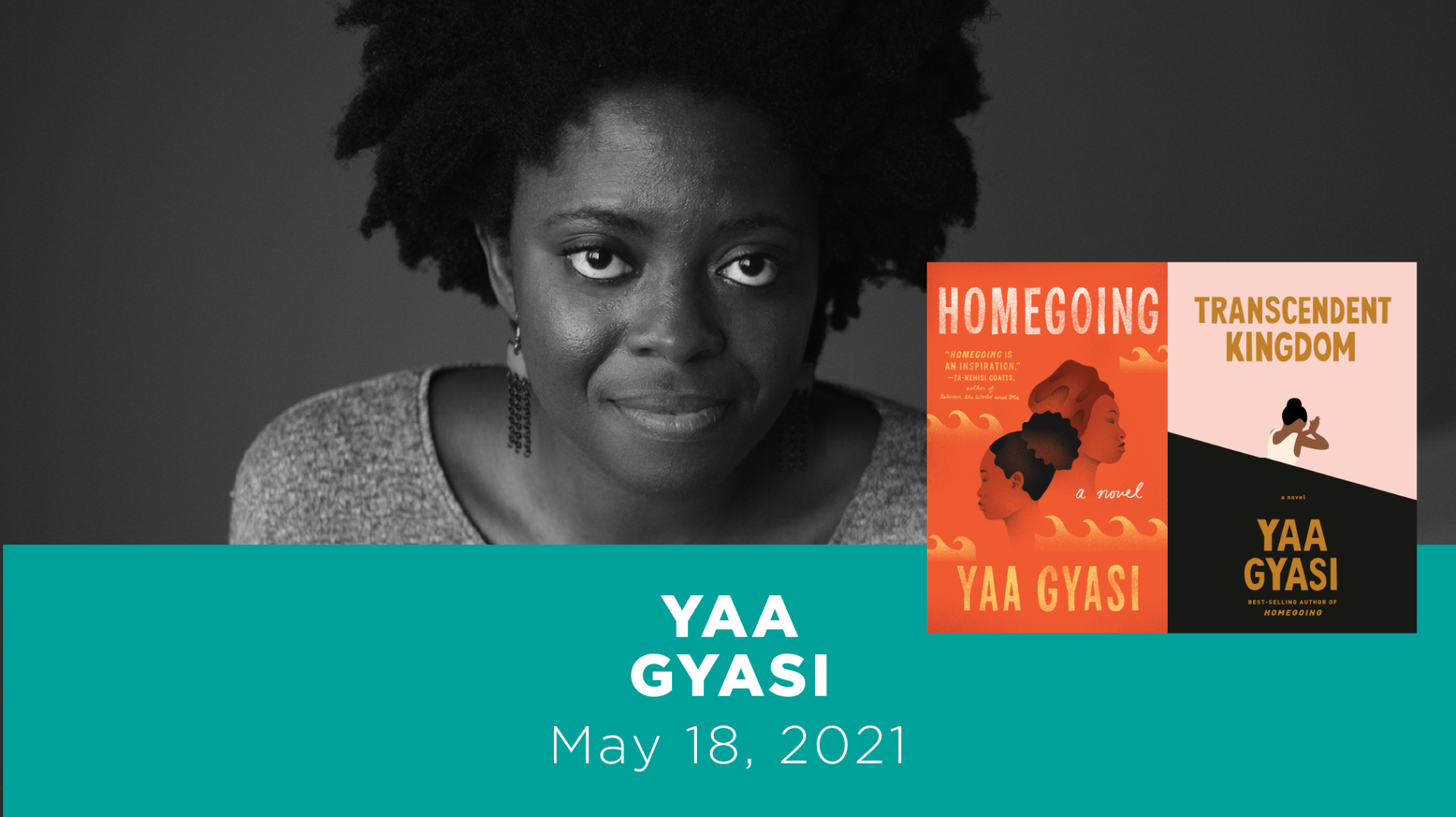 Yaa Gyasi is the author of the forthcoming novel, Transcendent Kingdom (Knopf, August 2020). Her best-selling debut novel, Homegoing (2016), is an intergenerational saga following two split branches of a Ghanaian family through three hundred years of history. Homegoing won the PEN/Hemingway Award and the National Book Critics Circle’s John Leonard Award for best first book, was shortlisted for the British Book Award – Debut of the Year, was named a New York Times and Washington Post Notable Book, and was included on numerous Best Books of the Year lists. National Book Award winner Ta-Nehisi Coates praised Homegoing as “an inspiration” and “what happens when you pair a gifted literary mind to an epic task.” Gyasi was born in Ghana and raised in Huntsville, Alabama. She holds a BA in English from Stanford University and an MFA from the Iowa Writers’ Workshop, where she held a Dean’s Graduate Research Fellowship.

On writing Homegoing: “I feel like I’m writing for myself or for people like me who have these questions that they don’t often see answered in other books. This book really feels like the book that I would have wanted to read when I was in high school and really confused about identity and my racial/ethnic identity and all of that. If someone had given me a book like this, it would have helped a lot. I feel like that is who I was writing for, that girl.” (The Rumpus)

“Slavery is something we have not gotten over, it is on people’s minds and it affects us still.” (The Guardian)

“We are shaped more than we know by our genes. Can trauma be imprinted on our DNA? I think trauma is inheritable.” (The Guardian)

“Homegoing is an inspiration.” — Ta-Nehisi Coates

“Brims with compassion. . . . Yaa Gyasi has given rare and heroic voice to the missing and suppressed.” — NPR