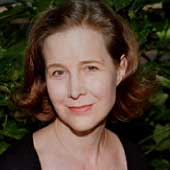 Ann Patchett is the bestselling author of nine books, including the novels Bell Canto and State of Wonder, and the memoir Truth and Beauty. Publisher’s Weekly calls her “a master storyteller who has an entertaining habit of dropping ordinary people into extraordinary and exotic circumstances to see what they’re made of.” In 2011, Patchett opened an independent bookstore in her hometown of Nashville. The following year, TIME magazine named her one of the 100 most influential people in the world, in part for starting Parnassus Books and “placing herself on the front lines of several ongoing battles for the fate of the printed word.” Patchett’s newest book, This a Story of a Happy Marriage, a collection of essays, will be published in 2014. Patchett says “The title essay is about my marriage, but the book itself is about the things in my life I am married to—committed to—family, friends, my work, bookselling.”