Margaret Atwood in Conversation with Omar El Akkad (Sold Out)

THIS EVENT IS SOLD OUT 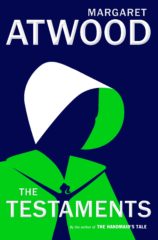 The appearance of Atwood’s acclaimed dystopian novel The Handmaid’s Tale in 1985, and the current Emmy-award winning television series based on the novel, have created a cultural phenomenon. Interviewed live on stage by Omar El Akkad, the conversation will span the length of Atwood’s remarkable career, her diverse range of works, and why she has returned to her seminal story, 34 years later.

Join us for an unmissable and intimate evening with Atwood and her signature insight, humor, and intellect.

Margaret Atwood, whose work has been published in thirty-five countries, is the author of more than forty books of fiction, poetry, and critical essays. In addition to The Handmaid’s Tale, her novels include Cat’s Eye, short-listed for the 1989 Booker Prize; Alias Grace, which won the Giller Prize in Canada and the Premio Mondello in Italy; The Blind Assassin, winner of the 2000 Booker Prize; Oryx and Crake, short-listed for the 2003 Man Booker Prize; The Year of the Flood; and MaddAddam. She is the recipient of the Los Angeles Times Innovator’s Award, and lives in Toronto with the writer Graeme Gibson.

Omar El Akkad was born in Cairo, Egypt and grew up in Doha, Qatar until he moved to Canada with his family. He is an award-winning journalist and author who has traveled around the world to cover many of the most important news stories of the last decade. His reporting includes dispatches from the NATO-led war in Afghanistan, the military trials at Guantànamo Bay, the Arab Spring revolution in Egypt and the Black Lives Matter movement in Ferguson, Missouri. He is a recipient of Canada’s National Newspaper Award for investigative reporting and the Goff Penny Memorial Prize for Young Canadian Journalists, as well as three National Magazine Award honorable mentions. His most recent work is American War, for which he won the Oregon Book Award for Fiction. He lives in Portland, Oregon.

Thank you to the following event sponsor: