NBF Presents: An Afternoon with the National Book Awards 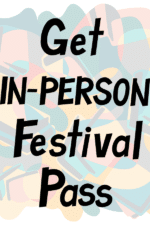 Safia Elhillo is the author of the poetry collection The January Children, which received the the 2016 Sillerman First Book Prize for African Poets and a 2018 Arab American Book Award. Her latest book is the novel-in-verse, Home is Not a Country. Sudanese by way of Washington, DC, she holds an MFA from The New School, a Cave Canem Fellowship, and a 2018 Ruth Lilly and Dorothy Sargent Rosenberg Fellowship from the Poetry Foundation. Safia is a Pushcart Prize nominee, co-winner of the 2015 Brunel International African Poetry Prize, and listed in Forbes Africa's 2018 "30 Under 30." She is a 2019-2021 Stegner Fellow at Stanford University.

Order Home is Not a Country: annie bloom's | broadway | powell's

For over twenty years, Honorée Fanonne Jeffers has been lifting her voice on issues of Black culture, racism, American history, and gender through the medium of writing. Her most recent collection, The Age of Phillis was longlisted for the National Book Award for Poetry and nominated for the 2021 NAACP Image Award for Outstanding Literary Work in Poetry. She is also the author of The Gospel of Barbecue; Outlandish Blues; Red Clay Suite; and The Glory Gets. Jeffers is also the author of the novel The Love Songs of W.E.B. Du Bois, a 2021 Longlister for the National Book Award for Fiction. She is the recipient of fellowships from the American Antiquarian Society, the Bread Loaf Writers Conference, the National Endowment for the Arts, the Vermont Studio Center, the Witter Bynner Foundation through the Library of Congress, and the Tennessee Williams’ Scholarship in Fiction from the Sewanee Writers Conference. She was also the winner of the Emerging Fiction Fellowship from the Aspen Summer Words Conference and recently was honored with the 2018 Harper Lee Award for Literary Distinction, a lifetime achievement award. She is a Professor of English at the University of Oklahoma.
Read more

Hoa Nguyen is the author of several books of poetry, including A Thousand Times You Lose Your Treasure (Wave Books, 2021) which is the winner of the Canada Book Award and is a finalist for the National Book Award; As Long As Trees Last; Red Juice; and Violet Energy Ingots, which received a 2017 Griffin Prize nomination. As a public proponent and advocate of contemporary poetry, she has served as guest editor for The Best Canadian Poetry in English 2018 and judge for the 2020 Griffin Prize for Poetry, and she has performed and lectured at numerous institutions, including Princeton University, Bard College, Poet’s House, and the Banff Centre’s Writers Studio. Recipient of a 2019 Pushcart Prize and a 2020 Neustadt International Prize for Literature nomination, she has received grants and fellowships from the Canada Council for the Arts, the Ontario Arts Council, the MacDowell Colony, and the Millay Colony for the Arts. Her writing has garnered attention from such outlets as The PBS News Hour, Granta, The Walrus, New York Times, and Poetry, among others. Born in the Mekong Delta and raised and educated in the United States, Nguyen has lived in Canada since 2011.
Read more

Dao Strom is the author of the poetry collection, Instrument (Fonograf Editions, 2020), and its musical companion, Traveler’s Ode (Antiquated Future Records, 2020); a bilingual poetry-art book, You Will Always Be Someone From Somewhere Else (Hanoi: AJAR Press); a memoir, We Were Meant To Be a Gentle People, and song cycle, East/West; and two books of fiction, The Gentle Order of Girls and Boys (Counterpoint Press) and Grass Roof, Tin Roof (Mariner Books). Her work has received support from the Creative Capital Foundation, Oregon Arts Commission, NEA, and others. She was a 2020 Oregon Literary Arts Career Fellowship recipient. Born in Vietnam, Strom grew up in the Sierra Nevada foothills of California and lives in Portland, Oregon. She is co-founder of two collective art projects, She Who Has No Master(s), and De-Canon.