Literary Arts is pleased to partner withHand2Mouth Theater to present free performances of Berlin Diary, a 2017 Oregon Book Award finalist in drama. The play will be performed in Eugene on October 2, 2017, and in Ashland on October 3, 2017.

Reserve free tickets for the Ashland performance at:
https://www.eventbrite.com/e/berlin-diary-tickets-36782946784 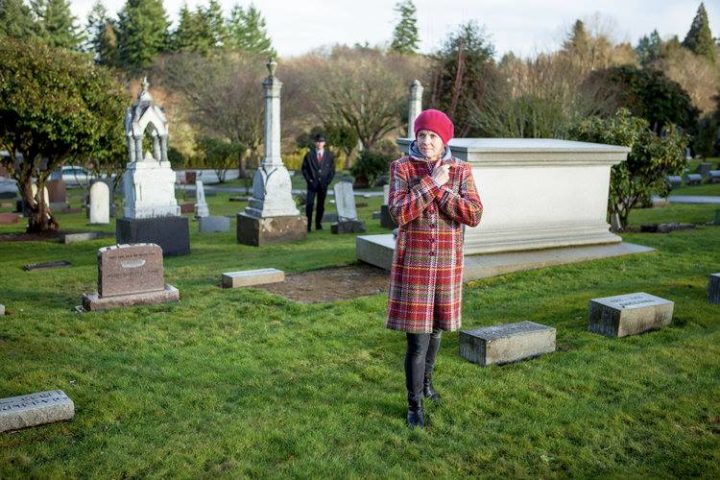 About Berlin Diary: The great-grandfather of Oregon Book Award-winning playwright Andrea Stolowitz kept a journal for his descendants after escaping to New York City in 1939 as a German Jew. Following the complicated lure of genealogy, Stolowitz goes back to Berlin to bring the story of her unknown ancestors out of the archives into the light. The record keeps as many secrets as it shares; how do people become verschollen, lost, like library books?

In this complex, contemporary drama about the search for home, fragmented heritage and Jewish diaspora, two performers scintillate between characters and locations at the border of reality and memory and the intersection of national history and private lives.

About the playwright: Andrea Stolowitz’s plays have been developed and presented nationally and internationally at theaters such as The Long Wharf, The Old Globe, The Cherry Lane, and New York Stage and Film. The LA Times calls her work “heartbreaking” and the Orange County Register characterizes her approach as a “brave refusal to sugarcoat issues and tough decisions.” Andrea’s plays Ithaka and Antarktikos both won the Oregon Book Award for Drama.

Berlin Diary was presented at English Theater Berlin/International Performing Arts Center in October 2016. The play was supported through a DAAD fellowship, a year-long residency at ETB/IPAC, and grants from the Oregon Arts Commission, The Regional Arts and Culture Council, The Checkpoint Charlie Foundation, and The US Embassy. The play was developed at PlayPenn/The National Museum of American Jewish History and the New Harmony Project.