An entertaining two-hour variety show of books and music. Hour one features live music from singer/songwriter Laura Gibson; David Banis and Hunter Shobe on modern cartography in their book Portlandness: A Cultural Atlas;  poet, musician, and Torah scholar Alicia Jo Rabins on her award-winning new book, Divinity School; Marie Mutsuki Mockett on Where the Dead Pause and the Japanese Say Goodbye: A Journey; Renée Watson on her young adult novel, This Side of Home, which explores a changing Portland from the opposing perspectives of twin teenage girls; and an opportunity for you to share your favorite recent read. Hosted by Weekend Edition’s John Sepulvado with interviews also done by OPB’s Julie Sabatier (Think Out Loud), Jerad Walker (OPB Music), Kate Davidson (All Things Considered), and Conrad Wilson (OPB News).

Laura Gibson is an internationally  acclaimed multi-instrumentalist/singer-songwriter, raised in the small Oregon logging town of Coquille. Since the release of Beasts of Seasons (2009), which NPR called “nothing short of a masterpiece,” Gibson has seen her career grow to include everything from modeling in a Japanese fashion magazine, to performing for an auditorium full of prison inmates. She has toured on four continents, is the recipient of a RACC Professional Development Grant, and had the distinct honor of performing the first and 200th NPR Tiny Desk Concerts. Her songs are both literary and raw, with a love of traditional folk music and a bent toward experimentation. She currently teaches Undergraduate Creative Writing at Hunter College in New York, where she is completing an MFA in Fiction Writing.  Meanwhile, she is prepping her fourth LP, to be released by Barsuk and City Slang Records early 2016. Website - Facebook - Twitter - Instagram
Read more

David Banis and Hunter Shobe are appearing at “Portland: Love It and Leave It (all ages)” as part of Lit Crawl Portland the evening of November 7, 7:30–8:15 p.m. at Michelle's Piano Shop. 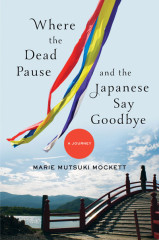 Marie Mutsuki Mockett’s novel Picking Bones from Ash was shortlisted for the 2010 Saroyan Prize and the Asian American Literary Awards for fiction and was a finalist for the Patterson Prize. She lives in San Francisco. Website - Facebook - Twitter   Marie Mutsuki Mockett will give a Pop-Up Reading at 1:30pm in the Special Collections Gallery (Main Building, 1st Floor)
Read more