Sherman Alexie discusses his first picture book, Thunder Boy Jr., about a boy trying to decide who he is, with OPB’s Dave Miller, host of Think Out Loud.

Thunder Boy Jr. is named after his dad, but he wants a name that’s all his own. Just because people call his dad Big Thunder doesn’t mean he wants to be Little Thunder. He wants a name that celebrates something cool he’s done, like Touch the Clouds, Not Afraid of Ten Thousand Teeth, or Full of Wonder.

But just when Thunder Boy Jr. thinks all hope is lost, he and his dad pick the perfect name…a name that is sure to light up the sky.

Click here to purchase advance tickets to the festival.

A National Book Award-winning author, poet, and filmmaker, Sherman Alexie is one of the most well-known and beloved literary writers of his generation. His works of fiction, including The Absolutely True Diary of a Part-Time Indian, Reservation Blues, and The Lone Ranger and Tonto Fistfight in Heaven, have received numerous awards and citations. He lives in Seattle. Like Thunder Boy Jr., Sherman was named for his father. Also appearing in: 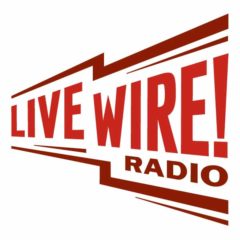 Mississippi Studios 3939 N Mississippi Ave, Portland, OR 97227 Tickets $20 and $25 at Live Wire! Join us for this very special taping of Live Wire, the fastest growing entertainment show on public radio. In partnership with Literary Arts, we’re thrilled to host the first ever Wordstock Brunch Show! Get turned on to new music, comedy and conversations with a diverse range of original voices — and an anything-can-happen-vibe…All before afternoon tea. Featuring Sherman Alexie, Garrard Conley, and more.
Read more

Dave Miller is the host of Oregon Public Broadcasting's daily talk show, "Think Out Loud." Before coming to OPB, Dave was the senior producer of "Open Source," a nationally syndicated radio show based at the NPR affiliate station WGBH in Boston. He began his radio career as a documentary producer at Sound Portraits Productions and StoryCorps. From 2008 to 2011, he worked as the online host of the show. His stories have aired on NPR's "All Things Considered," "Morning Edition" and "Weekend Edition Saturday." Dave graduated from Harvard University with a degree in English.
Read more