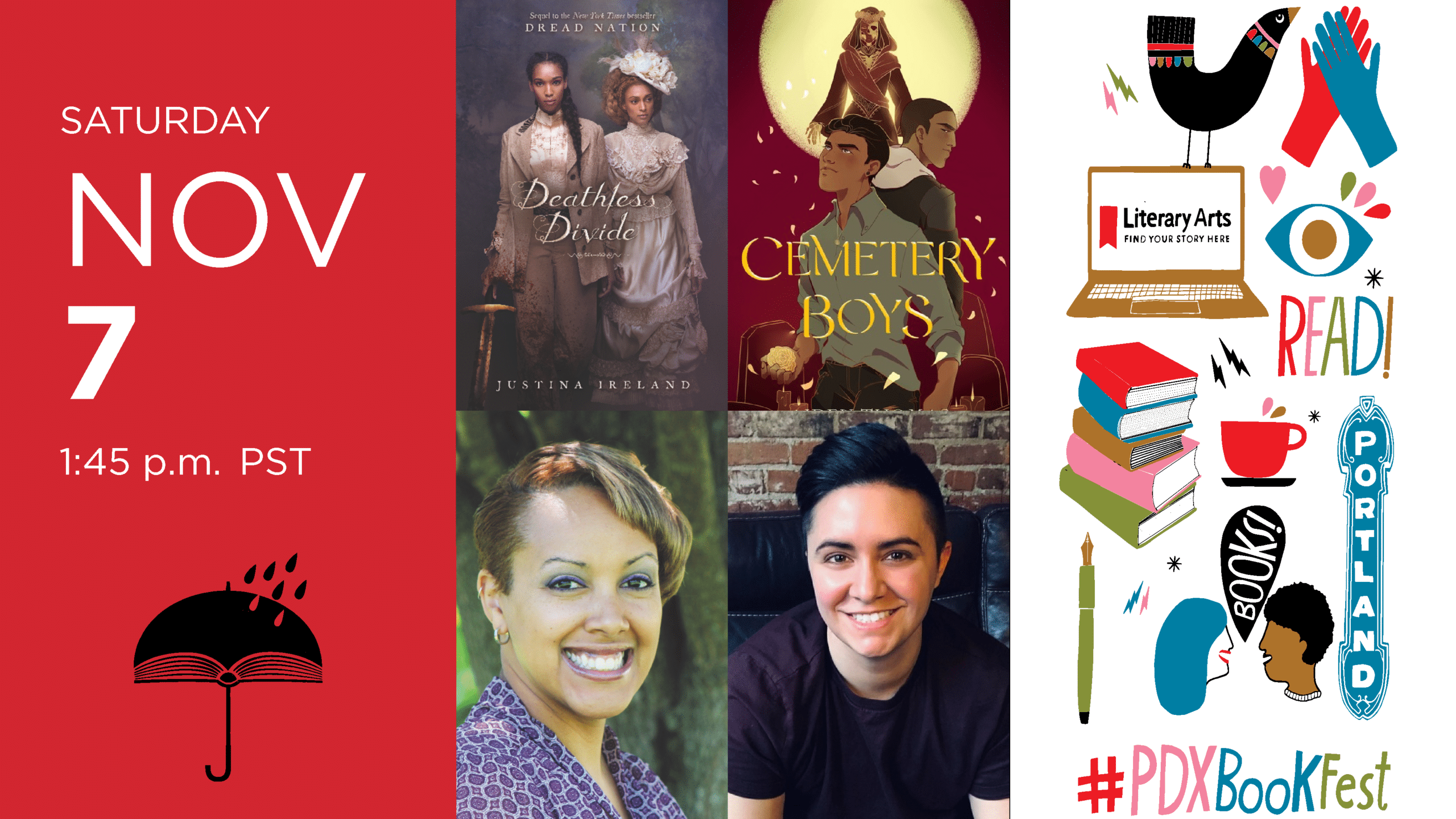 The dead rise, but that’s not the only thing haunting the characters as they navigate race, gender, and the weight of history in these best-selling novels.

Justina Ireland’s Deathless Divide is the sequel to the best-selling Dread Nation. Set in an America both foreign and familiar, where Jane McKeene embarks on an unforgettable journey of revenge and salvation across a divided 1880s America where she must battle both the undead enemy and her inner demons. She finds an unexpected ally in the posh Katherine as she navigates a country very literally plagued by its past.

In Cemetery Boys, longlisted for the National Book Award in Young People’s Literature, Aiden Thomas introduces readers to Yadriel, who becomes determined to prove himself a real brujo when his traditional Latinx family has trouble accepting his true gender. He summons a ghost, but not the specter he expected, and finds himself aligned with an unexpected spirit.

Justina Ireland is the author of Dread Nation, a New York Times bestseller, an ALA Best Fiction for Young Adults Top Ten selection, and Paste Magazine's Best YA Novel of the Year. Her other books for children and teens include Vengeance Bound, Promise of Shadows, and the Star Wars novel Lando's Luck. Her latest book is Deathless Divide, the sequel to Dread Nation. She enjoys dark chocolate and dark humor and is not too proud to admit that she’s still afraid of the dark. She lives with her husband, kid, and dog in Maryland.

Aiden Thomas, author of Cemetery Boys, received their MFA in Creative Writing from Mills College. Born in Oakland, California, Aiden often haunted Mountain View Cemetery like a second home during their misspent youth. As a queer, trans Latinx, Aiden advocates strongly for diverse representation in all media. Aiden is notorious among their friends for always being surprised by twist endings to books/movies and organizing their bookshelves by color. When not writing, Aiden enjoys exploring the outdoors with their dog, Ronan. Their cat, Figaro, prefers to support their indoor hobbies, like reading and drinking too much coffee.

Alicia Tate is a Multnomah County librarian with a focus on teen librarianship. Alicia graduated from the Information School at the University of Washington. As a member of the My Librarian service at the Multnomah County Library, they offer reading recommendations focused on YA fiction and graphic novels, especially in the genres of horror and scientific fiction.
Read more