Portland Book Festival virtual events, presented by Bank of America, will feature variety-show style interviews. Each night, three authors whose work shares thematic connections will join remotely, and interviewers will be broadcasting live from Portland literary locations. The audience will be tuning in via our custom streaming platform, PDXBookFest.org. Get your virtual festival pass here!

Friday night, we’ll be live from Literary Arts with the theme “Love & Loss.” This evening will feature: 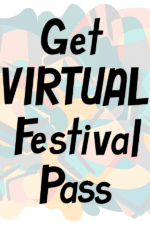 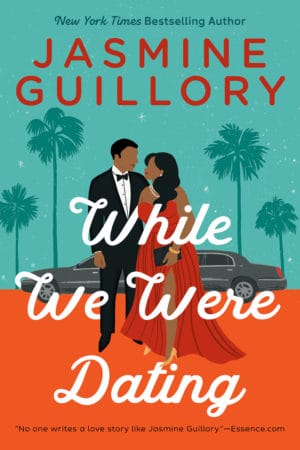 In Jasmine Guillory’s While We Were Dating, we meet Ben Stephens. He has never bothered with serious relationships. He has plenty of casual dates to keep him busy, family drama he’s trying to ignore and his advertising job to focus on. When Ben lands a huge ad campaign featuring movie star, Anna Gardiner, however, it’s hard to keep it purely professional. Anna is not just gorgeous and sexy, she’s also down to earth and considerate, and he can’t help flirting a little… Anna Gardiner is on a mission: to make herself a household name, and this ad campaign will be a great distraction while she waits to hear if she’s booked her next movie. However, she didn’t expect Ben Stephens to be her biggest distraction. She knows mixing business with pleasure never works out, but why not indulge in a harmless flirtation? When the opportunity comes to turn their real-life fling into something more for the Hollywood spotlight, will Ben be content to play the background role in Anna’s life and leave when the cameras stop rolling? Or could he be the leading man she needs to craft their own Hollywood ending?

“Jasmine Guillory is the undisputed queen of the modern-day romance, and this novel—in which a budding movie star and the ad guy tasked with making her famous fall hard for one another before encountering life’s many complications—is yet another jewel in her crown.”—Vogue 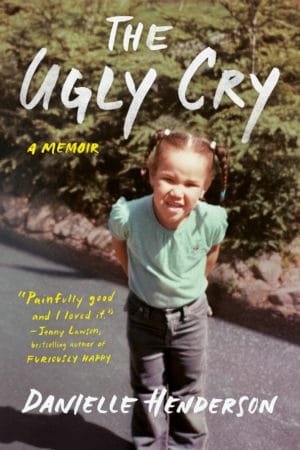 Abandoned at ten years old by a mother who chose her drug-addicted, abusive boyfriend, Danielle Henderson was raised by grandparents who thought their child-rearing days had ended in the 1960s. She grew up Black, weird, and overwhelmingly uncool in a mostly white neighborhood in upstate New York, which created its own identity crises. Under the eye-rolling, foul-mouthed, loving tutelage of her uncompromising grandmother—and the horror movies she obsessively watched—Danielle grew into a tall, awkward, Sassy-loving teenager who wore black eyeliner as lipstick and was struggling with the aftermath of her mother’s choices. But she also learned that she had the strength and smarts to save herself, her grandmother gifting her a faith in her own capabilities that the world would not have most Black girls possess. With humor, wit, and deep insight, in The Ugly Cry, Danielle shares how she grew up and grew wise—and the lessons she’s carried from those days to these. In the process, she upends our conventional understanding of family and redefines its boundaries to include the millions of people who share her story.

“Danielle Henderson is a wonderful writer, and this clear-eyed look at her complex and flawed childhood did make me cry, as the title promises, but it also made me laugh–that is the beauty of a life well told. I look forward to recommending The Ugly Cry to memoir-lovers, to mall-lovers, to tough grandma-lovers, to tough-sister-lovers–to everyone, really.” —Emma Straub, bestselling author of All Adults Here 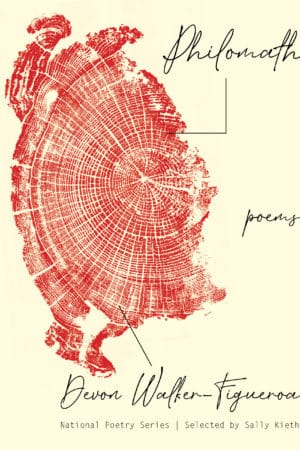 With Devon Walker-Figueroa as our Virgil, we begin in the collection’s eponymous town of Philomath, Oregon. We drift through the general store, into the Nazarene Church, past people plucking at the brambles of a place that won’t let them go. We move beyond the town into fields and farmland—and further still, along highways, into a cursed Californian town, a museum in Florence. An explorer at the edge of the sublime, Walker-Figueroa writes in quiet awe of nature, of memory, and of a beauty that is “merely        existence carrying on and carrying on.” In her wanderings, she guides readers toward a kind of witness that doesn’t flinch from the bleak or bizarre. For in Philomath, it is the poet’s (sometimes reluctant) obligation “to keep an eye / on what is left” of the people and places that have impacted us. And there is always something left, whether it is the smell of burnt grapes, a twelfth-century bronze, or even a lock of hair.

“In Philomath, Devon Walker-Figueroa, with rare insight, writes an American so absolutely American it has been forgotten by America, an America so American one can’t believe it exists unless one has lived there, and if one has lived there one recognizes it everywhere. Walker-Figueroa sees not only beyond our ideas about ourselves, but all the way to us being ourselves. Hers are the truest poems being written.” —Shane McCrae, author of Sometimes I Never Suffered

Jasmine Guillory is the New York Times bestselling author of six romance novels, including The Wedding Date, The Proposal, and While We Were Dating. Her work has appeared in O, The Oprah Magazine, Cosmopolitan, Bon Appetit, and Time. She lives in Oakland, California.

Order While We Were Dating: annie bloom's | broadway | powell's

Danielle Henderson is a TV writer whose credits include Maniac, Divorce, and Difficult People. A retired freelance writer and former editor for Rookie, she has been published by The New York Times, The Guardian, AFAR Magazine, BuzzFeed, and The Cut. A book based on her popular website, Feminist Ryan Gosling, was released in 2012. Danielle currently co-hosts the podcast I Saw What You Did with Millie De Chirico about the weird ways we respond to and learn to love movies. She likes to watch old episodes of Doctor Who when she is on deadline, one of her tattoos is based on the movie Rocky, and she will never stop using the Oxford comma. Her new book is the memoir The Ugly Cry.

Devon Walker-Figueroa is the author of Philomath (Milkweed Editions, 2021), selected for the National Poetry Series by Sally Keith and of the chapbook, So Lame (Berfrois, 2019). A graduate of Bennington College and the Iowa Writers’ Workshop, and the current Jill Davis Fellow in fiction at NYU, her work has appeared in the The Nation, Poetry, American Poetry Review, Ploughshares, and elsewhere.

Kisha Jarrett is the Managing Director at Artists Repertory Theatre in Portland, Oregon. She is a creative change-maker with a background in marketing and development throughout her ten-year career in Arts Management that has helped raise over $50 million dollars for various organizations and has a cumulative earned revenue of over $5 million. A Virginia native, she has lived all over the country but now calls Portland home. Kisha is also a writer, director, producer, actor, musician, and storyteller. She has performed for both stage and screen, been a musician at SXSW, and has been a costume designer for the stage and television, and an independent bakery owner. Through storytelling, she has performed for the Moth (2017 and 2018 GrandSLAM winner), Seven Deadly Sins, Wildfang, and Back Fence PDX where she is a co-host and story producer. Most recently, Kisha was seen onstage at Portland Center Stage @ The Armory as the Headmistress in School Girls; or The African Mean Girls Play, a co-production with Artists Rep. Currently, she is working on her second feature-length screenplay, pre-production for a feature-length documentary (Black Girl in the Woods, documenting a hike-thru of the Pacific Northwest Trail) and an educational piece for the Oregon Bar Association (about four Black suffragettes in Oregon who deserve to have their stories told), post-production on the first devised DNA:Oxygen short film (See Me), and writing her first novel. Kisha is proud to be a co-founder of the DNA: Oxygen program at ART. She is in the inaugural cohort of the LORT EDI Mentor/Mentee program and serves on the LORT EDI committee. Kisha is on the Literary Arts Festival Advisory Council and has served as an Event Producer for Oregon Media Production Association (OMPA), Children’s Book Bank, Boys and Girls Club, Artists Rep, Live Arts, MTV Woodie Awards, Invisible Children, World Monuments Fund, and School of Visual Arts. She serves on the board of directors of Global Works Community Fund.
Read more

Elena Passarello is an actor, essayist, and recipient of a 2015 Whiting Award. Her work has appeared in the New York Times, Paris Review, and The Best American Science and Nature Writing 2018, and has been translated into German, Italian, French, and Mandarin. She is the author of the essay collections Let Me Clear My Throat and Animals Strike Curious Poses, the latter of which won the 2018 Oregon Book Award in Creative Nonfiction and made the Best Books of 2017 lists in the New York Times, Guardian, and Publisher's Weekly. Passarello teaches creative writing at Oregon State University and appears weekly on the nationally-syndicated PRI radio variety show LiveWire!.

Jennifer Perrine is the author of four award-winning books of poetry: Again, The Body Is No Machine, In the Human Zoo, and No Confession, No Mass. Their recent poems, stories, and essays appear in New Letters, The Seventh Wave Magazine, JuxtaProse, The Rumpus, Buckman Journal, and The Gay & Lesbian Review. Perrine lives in Portland, Oregon, where they co-host the Incite: Queer Writers Read series, teach creative writing to youth and adults, and serve as a diversity, equity, inclusion, and justice (DEIJ) consultant.