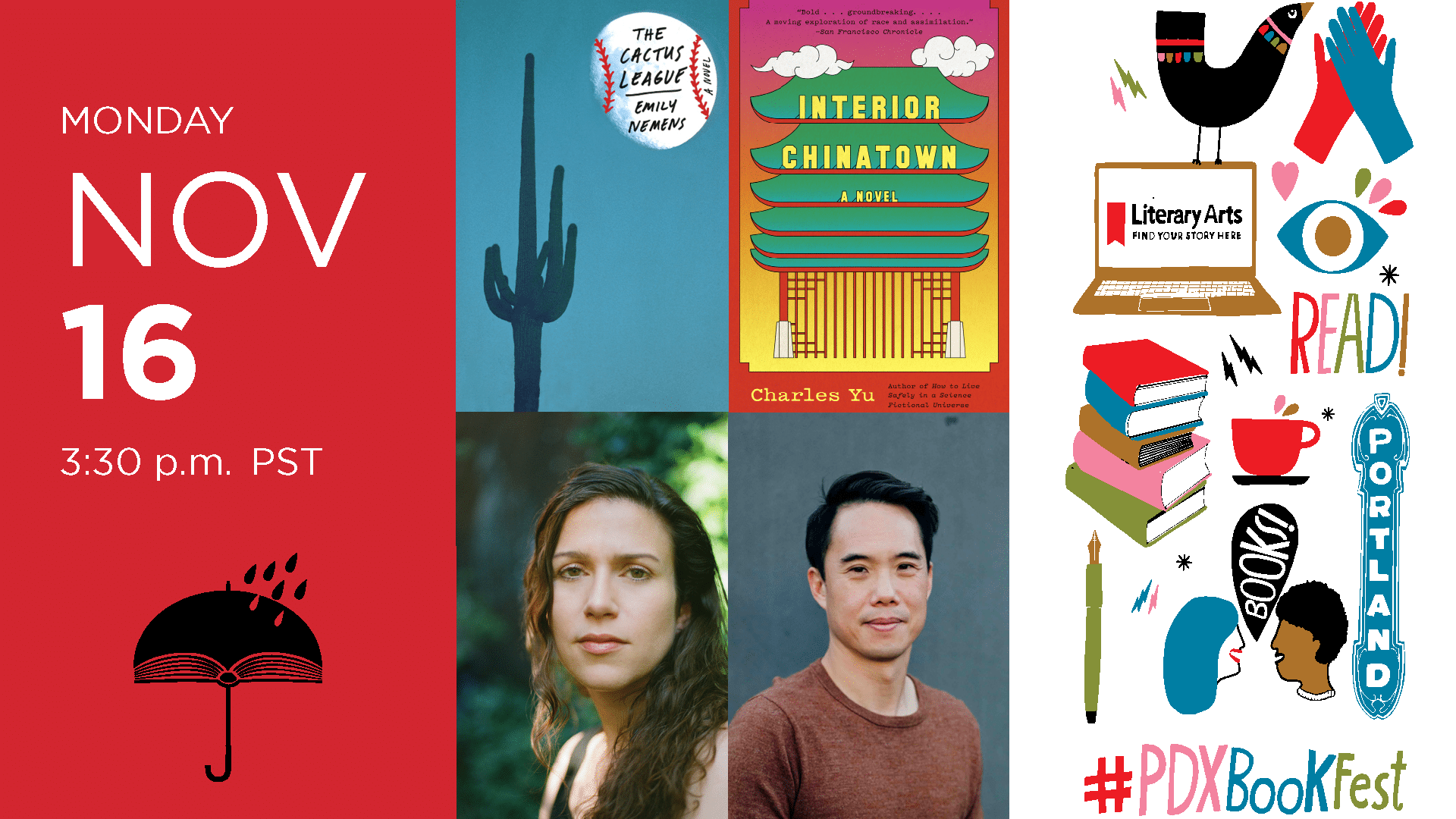 Go behind the curtain of two quintessentially American worlds—baseball and Hollywood—in these novels about ambition, disappointment, family, and the possibility of a new story.

In Emily Nemens‘ debut, The Cactus League, Jason Goodyear is the star outfielder for the Los Angeles Lions, stationed with the rest of his team in the punishingly hot Arizona desert for their annual spring training. Handsome, famous, and talented, Goodyear is nonetheless coming apart at the seams. And the coaches, writers, wives, girlfriends, petty criminals, and diehard fans following his every move are eager to find out why—as they hide secrets of their own.

In Charles Yu’s Interior Chinatown, finalist for the 2020 National Book Award in Fiction, Willis Wu doesn’t perceive himself as the protagonist in his own life: he’s merely Generic Asian Man. Sometimes he gets to be Background Oriental Making a Weird Face or even Disgraced Son, but always he is relegated to a prop. Yet every day, he leaves his tiny room in a Chinatown SRO and enters the Golden Palace restaurant, where Black and White, a procedural cop show, is in perpetual production. He’s a bit player here, too, but he dreams of being Kung Fu Guy—the most respected role that anyone who looks like him can attain. Or is it?

ALL BOOKS PURCHASED THROUGH FESTIVAL EVENTS, FROM ANNIE BLOOM’S BOOKS, BROADWAY BOOKS, GREEN BEAN BOOKS, OR POWELL’S BOOKS SUPPORT THE AUTHORS AND PUBLISHERS WHO SHARE THEIR WORK AT THE FESTIVAL AND THE BOOKSELLERS WHO HAVE WORKED HARD TO KEEP THEIR BUSINESSES OPEN DURING THESE DIFFICULT TIMES. BY PURCHASING BOOKS FROM THESE STORES YOU ARE SUPPORTING THE SUSTAINABILITY OF THE FESTIVAL.

Emily Nemens is the editor of The Paris Review. She was previously the co-editor of The Southern Review. Her work has been published in Esquire, n+1, The Gettysburg Review, Hobart and elsewhere, and she is the author of The Cactus League.

Purchase The Cactus League from Annie Bloom’s Books, one of our Portland-based, independent bookstore partners HERE.

Jon Raymond is the author of three novels, Rain Dragon, The Half-Life, and Freebird, and the short-story collection Livability. His work has appeared in Tin House, the Village Voice, Bookforum, and other places. He lives in Portland, Oregon.