Jazz poet Langston Hughes, in his 1955 essay Old New Orleans, noted:
“The rhythms that the drummers there beat out in the dusty sunlight made the people standing around want to move their heads in time, tap their feet, and dance too. That is one of the things about jazz: it always makes people want to move.”
New Orleans – The Birthplace of Jazz is an historical, cultural and musical presentation of the origins of American’s indigenous music from its beginning in Congo Square in the 1700’s, where slaves (mostly from the Congo in Africa) were allowed on Sundays to preserve their culture through dance, song, their Voodoo religion and their drum-based music, to the evolution of jazz heard today in the multi-cultured port (e.g., second line parades have been around since Congo Square, Ellis Marsalis introduced ‘modern jazz’ to NOLA in the 1950’s and 30-year-old Trombone Shorty formed his first performing traditional/funk/hip hop/ inspired jazz band at the age of six.)

Langston Hughes was right: jazz does make you want to move. New Orleans –The Birthplace of Jazz will show you why. 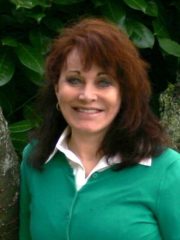 PDX Jazz Board Member and a New Orleans transplant, Deborah DeMoss Smith has a background as a broadcast and print writer, a jazz radio host, a TV news reporter/producer and a published book author. Supporting America’s indigenous art form – jazz – is one of her passions, one that drew her to PDXJAZZ. Currently, Deborah is host of Second Line on KMHD jazz radio and also also writes the column Notations for the KMHD/OPB Jazz radio website.