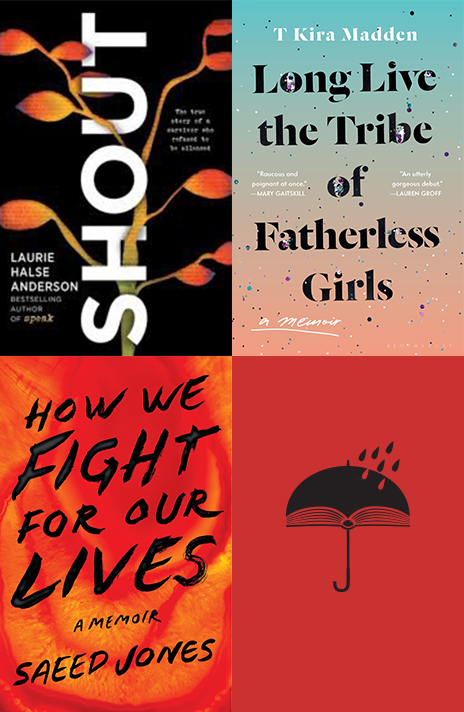 Reckoning: Memoir of Trauma and Resilience

Three memoirs about coming of age as a writer that question how to be in your body in the world—and in your own mind; the repercussions of physical and psychological trauma; the impact of the place you came from on the person will be; how we become the person we imagine ourselves to be—and how that changes. Laurie Halse Anderson is known for the unflinching way she writes about, and advocates for, survivors of sexual assault. In her poetry memoir Shout, Anderson shares reflections, rants, and calls to action woven between deeply personal stories from her life that she’s never written about before. In his haunting coming-of-age memoir How We Fight for Our Lives, Saeed Jones tells the story of a young, black, gay man from the South as he fights to carve out a place for himself, within his family, within his country, within his own hopes, desires, and fears. T Kira Madden’s raw and redemptive debut memoir, Long Live the Tribe of Fatherless Girls, is about coming of age and wrestling with desire as a queer, biracial teenager amidst the fierce contradictions of Boca Raton, Florida, a place where she found cult-like privilege, shocking racial disparities, rampant white-collar crime, and powerfully destructive standards of beauty hiding in plain sight. Moderated by Michele Filgate, editor of What My Mother and I Don’t Talk About.