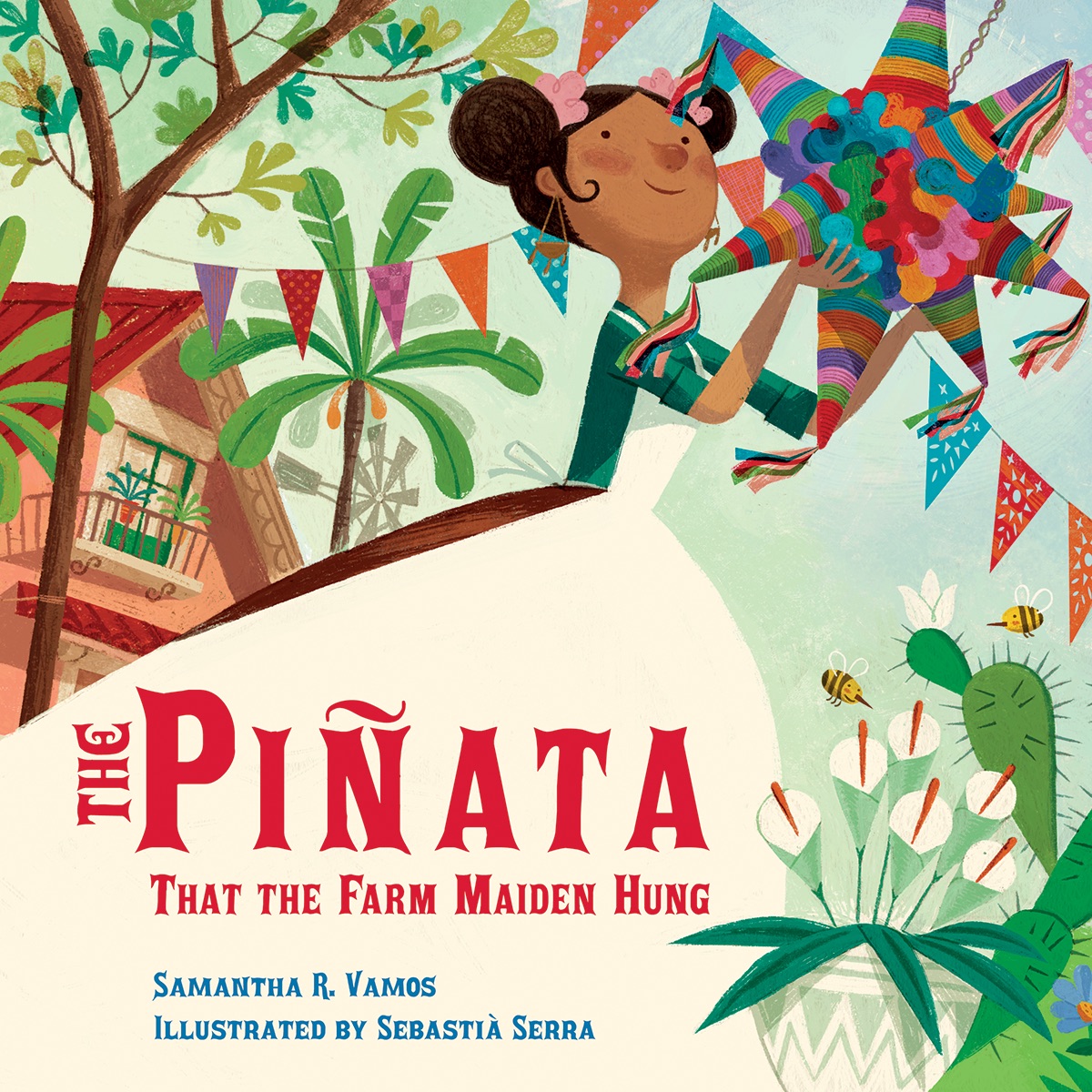 Storytime: The Piñata that the Farm Maiden Hung

A farm maiden enlists the help of her farm friends to build a piñata for a special celebration. Borrowing the style of “The House that Jack Built,” the story unfolds as each part of the piñata is gathered – each piece is introduced in English and then replaced by the Spanish word as more and more of the piñata is created. Written by Samantha R. Vamos, it’s a bilingual birthday bash from the boy who shaped the barroto the sorpresa at the end!

Back matter includes the lyrics to La Canción de la Piñata (The Piñata Song), instructions for how to make your own piñata, a glossary, and a list of Spanish translations.