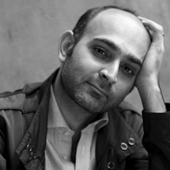 Mohsin Hamid is the quintessential contemporary migrant writer—born in Pakistan, educated in the U.S., living in the United Kingdom, and dividing his time between these spaces—capturing the reality of living “in-between” language, politics, and multiple global affiliations. Hamid, in short, captures what it means to be a migrant, a foreigner, an outsider, and how these conditions are becoming more common within the globalized literary landscape. In this seminar, we will explore Hamid’s much-acclaimed post-9/11 novel The Reluctant Fundamentalist (shortlisted for the 2007 Man Booker Prize for Fiction and winner of the Asian American Literary Award) and his 2013 novel How to Get Filthy Rich in Rising Asia, while discussing Hamid’s techniques of dramatic monologue and his experiments with genre and form.

Guide: Reshmi Dutt-Ballerstadt is a professor of English and coordinates the Gender Studies program at Linfield College. She teaches postcolonial literatures, gender studies, and creative writing. She is the author of a scholarly monograph, The Postcolonial Citizen: An Intellectual Migrant (2010), and has published in the Asian American Renaissance Journal, South Asian Review, Saranac Review, The Rocky Mountain Review, and many other scholarly and creative journals. She is the recipient of the Marvin and Laurie Henberg International Scholar Award. Dutt-Ballerstadt was born in India and has lived in the U.S. for 25 years.