The Unchaste Readers Series held their penultimate reading of 2017 at Literary Arts on November 15. The series, hosted by Jenny Forrester, provides women with a space to share their voices in a variety of forms. This reading was jam-packed with diverse content, featuring nine local writers as they shared their work.

The writers included Carmel Breathnach, Leah Baer, Valarie Rae, Josie Kostylo, Lacy Knickers, Melissa Duclos, Sharon Eldridge, Alana, and Stacey Tran all of whose work ranged from poems to personal essays to excerpts of novels. While the event has no set theme, these women spoke of identity and all of its friends and foes: loss, co-workers, happiness, politics, lingerie, growth, family, and friends.

Carmel opened the event with a poignant piece on the struggles of public speaking, and her personal journey to standing behind the podium. Her personal essay was a reminder to us all not only that it can be difficult to share ones voice, but also that should not make it any less necessary to do so. Leah spoke of politics and the state of the world, explaining that “in a world where little makes sense, [she] needs profanity that does.”

Valerie told the story of a young girl discovering pieces of womanhood but not yet understanding it all; while Josie brought what she called “one sad thing and few nice things” to read. Her pieces too told stories of discovery and womanhood, as well as the struggles and sorrow felt along the way.

Both Lacy and Melissa read excerpts from their upcoming novels, the former’s being a YA novel she has in the works, and the latter being a forthcoming novel. Lacy’s excerpt followed her character into Victoria Secret, where both insecurities and sexuality were explored. Melissa’s passage too touched on sexuality, as her character developed a habit for tea drinking.

Sharon brought several short poems with her, covering topics from labeling food in the work fridge to race with her piece “Still Kinda Black.” Alana told the story of her move to the mainland from Hawai’i for college and how the differences in culture have “a lot to do with who [she] became, who [she] is becoming, and who [she] will be.” And Stacey closed the night out with a collection of poems with beautiful and precise diction, with topics ranging from family to technology.

The Unchaste Readers Series will hold its last reading of 2017 on Wednesday, December 20th. 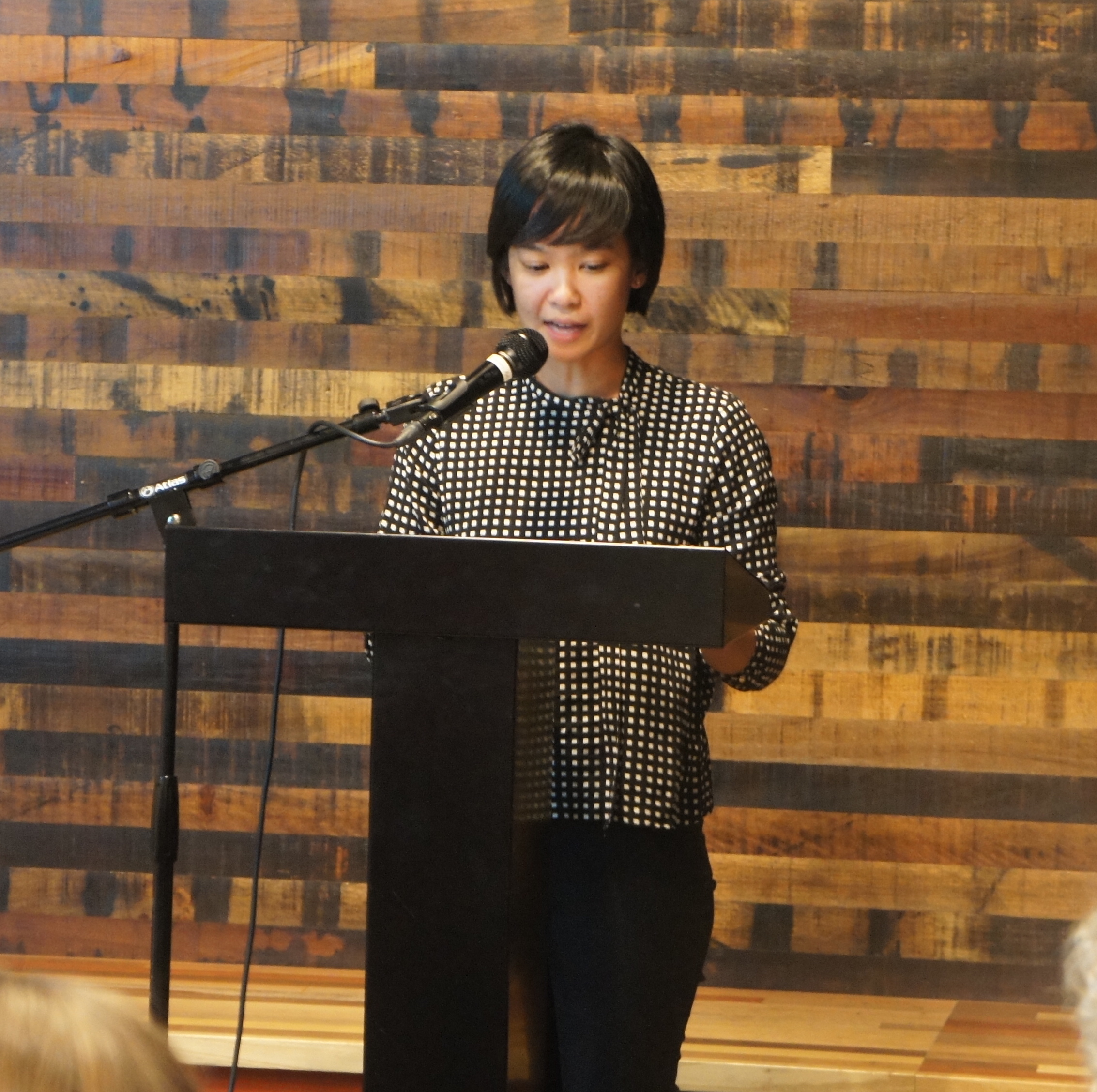