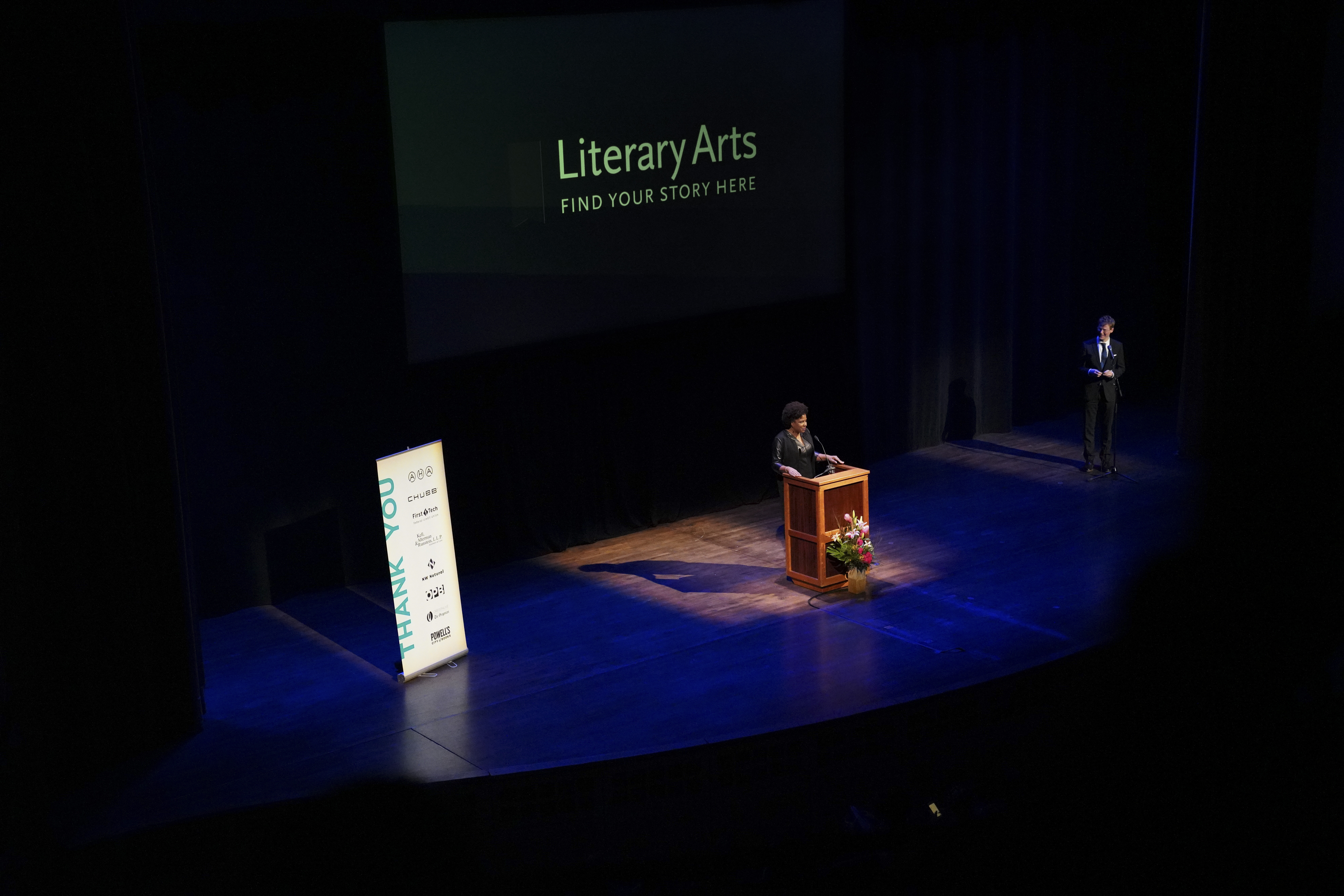 Welcoming the world’s most celebrated writers, artists, and thinkers to speak to our community in the historic Arlene Schnitzer Concert Hall.

We are thrilled to announce the lineup for our 39th season of presenting. Click here to learn more about the authors.

Since 1984, Portland Arts & Lectures has brought celebrated writers, artists, and thinkers to our community to discuss their work and the trajectory of contemporary culture, connecting readers and writers of all ages in a spirit of intellectual curiosity and engagement with events, classroom visits, and forums.

Listen to the speakers from 2021/22 on The Archive Project.

The series began on October 14 with Daniel James Brown, who talked about his book Facing the Mountain, which tells stories of four World War II American soldiers, men of the 442nd Regimental Combat Team of the U.S. Army, a segregated, all-Japanese unit.  He was joined in conversation with Tom Ikeda from the nonprofit Densho, who wrote the introduction to the book. On January 27, we welcomed  poet and essayist Cathy Park Hong, who became nationally famous in the spring of 2020 for her essay collection Minor Feelings: An Asian American Reckoning, a book so searing and powerful it landed her on the cover of Time magazine’s 2021 issue featuring the 100 most influential people in the world. She discussed family, identity, America, and her collection Minor Feelings. The series continued on February 17 with Brit Bennett, who discussed her book The Vanishing Half, how and why she came to write it, and specifically why she wanted to write a novel in which one of the primary characters passes for white. Bennett dives into the literary history of stories about passing from the beginning of the 20th century through the present and provides a fresh perspective on the central American themes in fiction: the creative and destructive power of personal transformation. On April 21, we hosted novelist Richard Powers, perhaps best known for his Pulitzer Prize-winning novel The Overstory. He joined us this year to also talk about his most recent book Bewilderment. The talk dives right to the heart of Powers’ craft and the mysterious origins of stories, including how Powers was shaped as an artist by watching the moon landing at the age of five. Some audience members described this talk as one of the best Portland Arts & Lectures evenings they have ever attended. The series closed on May 12 with award-winning writer Edwidge Danticat, the author of numerous books, most recently the story collection, Everything Inside. She was joined in conversation by Literary Arts’ executive director Andrew Proctor.

“By supporting readers, writers, and books, Literary Arts is doing the difficult and crucial work of building engaged communities, and for me, this is nothing short of protecting a democratic society that recognizes that you and I are deeply united by our vision of a world that is better, truer, and freer.”

THANK YOU TO OUR SERIES SUPPORTERS

For more than three decades, Portland Arts & Lectures has presented the greatest writers and thinkers of our time. Browse past speakers by season and listen on our podcast, The Archive Project.

“I’ve had the good luck to participate in many lecture series, and Portland Arts and Lectures is the gold standard.  They’ve established a virtuous cycle of literary engagement among local writers, local high schools, and an avid and vibrant reading community.  The visiting writer gets to reach and interact with all three, meaningfully and efficiently.”

We provide local high school students with tickets and transportation to our concert hall events. Make a donation to help ensure students have access to these transformative arts experiences.

We reserve seats for local community organizations at our concert hall events. Contact our box office at la@literary-arts.org or 503-227-2583, ext. 101 for more information about receiving free or discounted tickets.

In addition to live lecture events, our Portland Arts & Lectures program connects readers and writers of all ages through classroom visits and workshops for professional writers. Events are featured on The Archive Project, our weekly radio show and podcast.