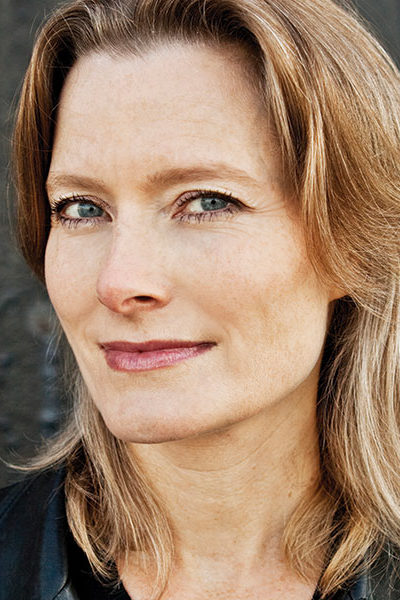 In this episode, Jennifer Egan discusses her process for researching her most recent novel Manhattan Beach and the many inspiring people and places she discovered along the way.

In this episode, Pulitzer Prize-winning author Jennifer Egan joins us in the Arlene Schnitzer Concert Hall for a lecture on the journey to her New York Times best seller Manhattan Beach. In her own words, Egan takes us through her research process for the novel—from the initial spark of intrigue and inspiration, through the many stories she uncovered along the way, and finally to the relationships she was able to foster and channel into the final product.

About the book: Manhattan Beach (2017) is set in a World War II–era New York City populated by gangsters, sailors, bankers, union men, and the divers of the Brooklyn Navy Yard. The novel tells the haunting and propulsive intertwined stories of heroine Anna Kerrigan, the Brooklyn Navy Yard’s only female diver, her father Eddie Kerrigan, who works for both the union and the mob, and nightclub owner Dexter Styles, Eddie’s complex and charismatic boss. Egan has said of writing Manhattan Beach: “It was incredibly fun to just go there with this stuff, in the manner of Robinson Crusoe or Mutiny on the Bounty, these stories that I loved as a kid. It was just incredibly fun to write a shipwreck, and a survival-at-sea story about mobsters trying to kill each other. That felt different.” The book was awarded the 2018 Andrew Carnegie Medal for Excellence in Fiction and was longlisted for the National Book Award.

Jennifer Egan is the author of Manhattan Beach, the Pulitzer Prize–winning A Visit from the Goon Squad, The Keep, Look at Me, The Invisible Circus, and the story collection Emerald City. Her stories have been published in The New Yorker, Harper’s Magazine, GQ, Zoetrope, All-Story, and Ploughshares, and her nonfiction appears frequently in the New York Times Magazine. Of her writing, George Saunders has said: “To see the world through Egan’s eyes is to be moved, through language, to new adoration of the world. I don’t know a better writer working today. There is a generosity in her prose that is vastly enlivening to its reader and brings about that beautiful effect fiction sometimes causes: more, and better-grounded, fondness for reality, just as it is.” For more information on this speaker, please visit prhspeakers.com