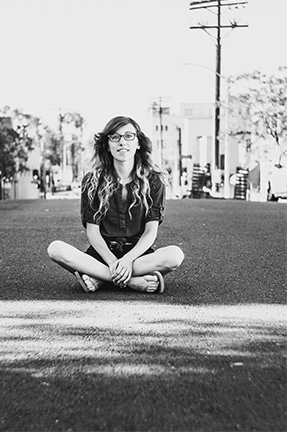 In “Lost & Found: Fiction on the Threshold,” Carmiel Banasky, Sloane Crosley, Katherine Taylor, and Vendela Vida discuss lost characters and what it means to be found.

Recorded at Wordstock: Portland’s Book Festival on November 7, 2015, the panel “Lost & Found: Fiction on the Threshold” brings authors Carmiel Banasky (The Suicide of Claire Bishop), Sloane Crosley (The Clasp), Katherine Taylor (Valley Fever), and Vendela Vida (The Driver’s Clothes Lie Empty) together to discuss their lost characters and what it means to be found. Each of these four writers read from their daring new novels that feature characters who are searching for mythical objects, lost in time or place, or going on a wild goose chase trying to escape themselves and their everyday realities. Maris Kreizman, journalist and curator of the Tumblr “Slaughterhouse 90210,” moderates this event.

The sense of loss [in the book] is about what was missing before the book started…For my own life, I think it was a way I was saying goodbye to that time period.” – Sloane Crosley

“I never know when I’m writing a book or a story or an essay until later, sometimes years later, what the theme is.” – Katherine Taylor

Carmiel Banasky is the author of the novel The Suicide of Claire Bishop. Her work has appeared in Glimmer Train, Guernica, The Rumpus, and on NPR, among others. After four years on the road at writing residencies, she now lives and teaches in Los Angeles.

Sloane Crosley is the author of the New York Times bestsellers I Was Told There’d Be Cake (a finalist for The Thurber Prize for American Humor), How Did You Get This Number, and The Clasp. Her work has appeared in The New York Times, The Believer, The Guardian, and on NPR, among others. Prior to writing full time, Sloane spent twelve years working in book publishing.

Katherine Taylor is the author of Valley Fever and Rules for Saying Goodbye. Her work has appeared in The New York Times, Elle, and Ploughshares, among other publications. She has won a Pushcart Prize and a McGinnis Ritchie Award for Fiction. She currently lives in Los Angeles.

Vendela Vida is the co-founder of 826 Valencia, a nonprofit writing center in San Francisco. She is an editor for The Believer magazine, as well as the author of five novels, two of which have been New York Times Notable Books of the Year. She is the recipient of a Kate Chopin Award, given to a writer whose female protagonist chooses an unconventional path.

Maris Kreizman is the creator of Slaughterhouse 90210, a blog and book that celebrates the intersection of her two great loves: literature and pop culture. She is a writer and critic whose work has appeared in The New York Times, BuzzFeed, and Vulture, among others.