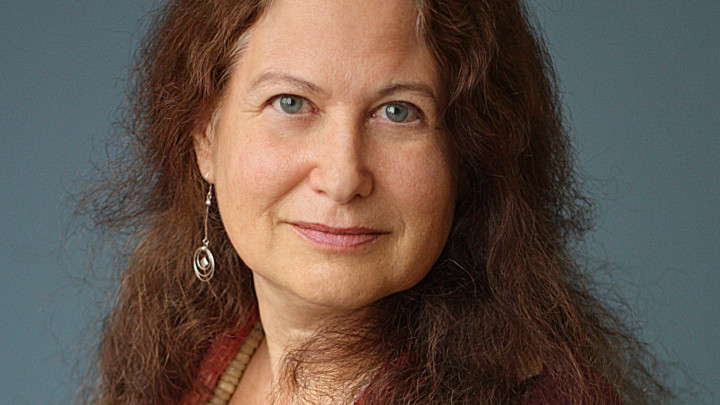 Jane Hirshfield discusses and reads poems from her collection, After, filled with stunning imagery, wisdom, and a keen eye for the beauty of existence.

Jane Hirshfield reads poems from her new collection at the time, After, which was named a ‘best book of 2006’ by The Washington Post. The poem she begins with— “Theology”—immediately establishes Hirshfield as a writer in tune to the frequencies of the natural world, observing life and death, animals and humans, through a stunning montage. Between poems, Hirshfield shares the meaning of her collection: After is meant to encompass the idea of continuity after death. Each poem is an elegy, paying tribute to the subject by picking it apart and examining what it’s made of, thus making it seem infinite. Hirshfield’s language is quiet but complex, painting images of the natural world that echo the meaning and beauty of existence.

Jane Hirshfield is a prize-winning poet, translator, and essayist. She is the author of seven collections of poetry, including Come, Thief; After; and Given Sugar, Given Salt, a finalist for the 2001 National Book Critics Circle Award. Her newest books are a collection of poetry, The Beauty (2015), and a book of essays, Ten Windows: How Great Poems Transform the World (2015). Hirshfield’s honors include The Poetry Center Book Award; Columbia University’s Translation Center Award; two Commonwealth Club’s California Book Awards; two Northern California Book Reviewers Awards; and fellowships from the Guggenheim Foundation, the Rockefeller Foundation, the National Endowment for the Arts, and the Academy of American Poets. In 2012, she received the Donald Hall-Jane Kenyon Prize in American Poetry. Her work has appeared in The New Yorker, The Atlantic, The Times Literary Supplement, The Nation, Orion, The American Poetry Review, Poetry, seven editions of The Best American Poetry, four Pushcart Prize Anthologies, and several other publications. In fall 2004, she was awarded the 70th Academy Fellowship for distinguished poetic achievement by The Academy of American Poets. In 2012, she was elected as a Chancellor of the Academy. (Source: barclayagency.com)

A good poem smuggles us past the border of our own hesitation.”

“These are poetic assays—poems that look at their subject with the mind of examination and dismantling to see what they’re made of, what the imagination can find in them.”

“We don’t actually have much agency. We have some choices, but not many.”