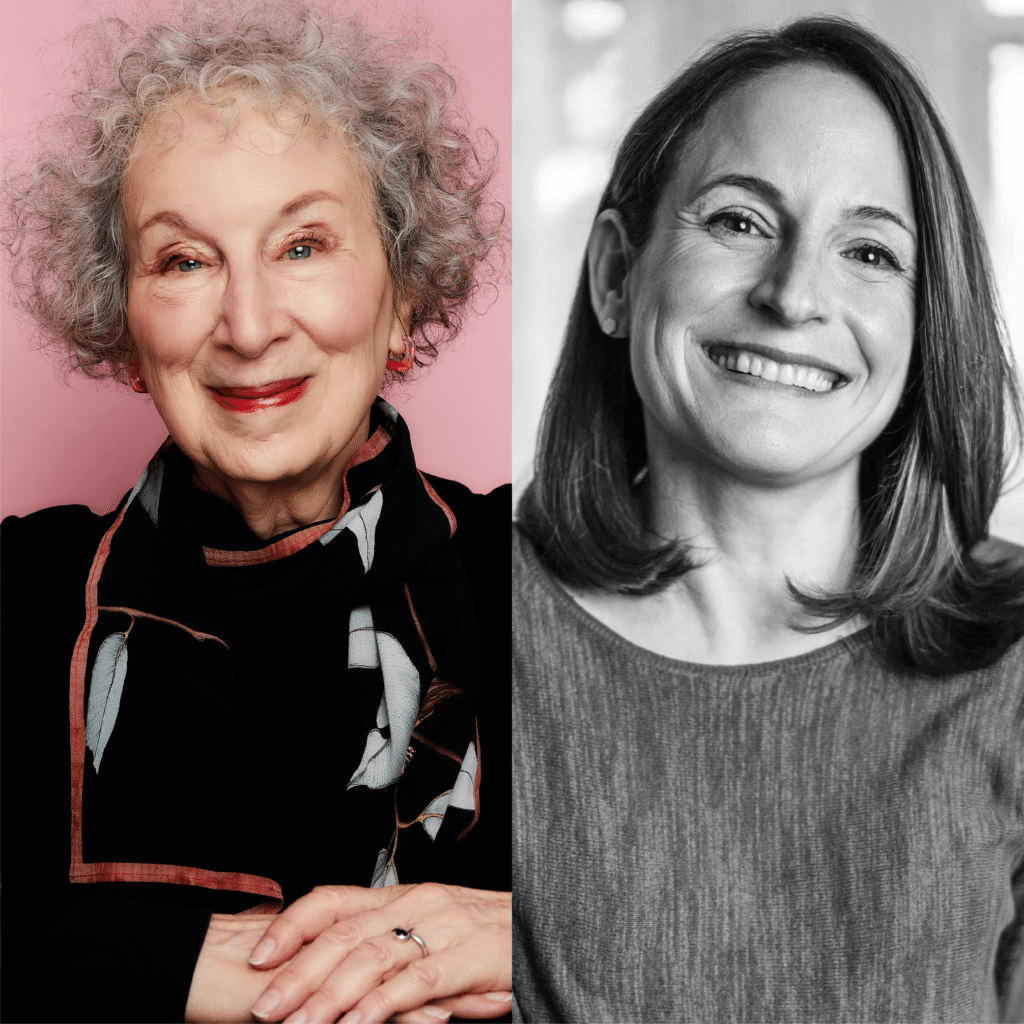 Margaret Atwood shares her latest poetry collection, Dearly, in this conversation with Karen Russell from the Portland Book Festival.

This episode features a conversation between Margaret Atwood and Portland’s own Karen Russell, which took place during the virtual 2020 Portland Book Festival. With a career spanning decades, genres, and forms, Margaret Atwood is easily one of the most important writers alive today. She has been published in 45 countries, and written seminal works of fiction that have become a part of the cultural fabric and touchstones for millions of readers. But while many are familiar with Atwood’s fiction, she has also been, from the beginning of her career, one of our most significant contemporary poets. We welcomed Atwood to the Portland Book Festival to talk about her first collection of poetry in over a decade, entitled Dearly.

What is so engrossing about this conversation is that it ranges Atwood’s entire career and cuts across her broad sets of interests, from her first book, a collection of poetry called The Circle Game, to the primitive book tours of the 1960s, to vampires, Shakespeare, and the way poetry has evolved through the decades. Atwood gets to all of these subjects and more with incredible insight, humor, and vision.

Margaret Atwood, whose work has been published in more than forty-five countries, is the author of more than fifty books of fiction, poetry, critical essays, and graphic novels. In addition to The Handmaid’s Tale, now an award-winning TV series, her novels include Cat’s Eye, short-listed for the 1989 Booker Prize; Alias Grace, which won the Giller Prize in Canada and the Premio Mondello in Italy; The Blind Assassin, winner of the 2000 Booker Prize; The MaddAddam Trilogy; The Heart Goes Last; and Hag-Seed. She is the recipient of numerous awards, including the Peace Prize of the German Book Trade, the Franz Kafka International Literary Prize, the PEN Center USA Lifetime Achievement Award, and the Los Angeles Times Innovator’s Award. In 2019 she was made a member of the Order of the Companions of Honour for services to literature. In 2019, The Testaments won the Booker Prize and was long-listed for The Giller Prize. She lives in Toronto.

Karen Russell won the 2012 and the 2018 National Magazine Award for fiction, and her first novel, Swamplandia! (2011), was a finalist for the Pulitzer Prize. She has also written Orange World and, most recently, Sleep Donation. She has received a MacArthur Fellowship and a Guggenheim Fellowship, the “5 under 35” prize from the National Book Foundation, the NYPL Young Lions Award, the Bard Fiction Prize, and is a former fellow of the Cullman Center and the American Academy in Berlin. She currently holds the Endowed Chair at Texas State University’s MFA program, and lives in Portland, Oregon with her husband and son.