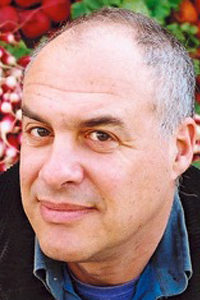 In his lecture “The Future of Food,” Mark Bittman contrasts nutrition with “nonfood” and calls added sugar “the tobacco of the twenty-first century.”

On this episode of The Archive Project, Mark Bittman addresses the politics of food and the negative impact current food trends in America are having on the world. He defines food as something nutritious and contrasts this with the sugary junk food—or “nonfood”—that many Americans consume on a daily basis. According to Bittman, America needs a more sustainable, democratic food system in order to support an exponentially growing population. At the heart of his lecture is a push to start a movement that makes healthy, nourishing food available to more people while also making junk food less available. In order to do this, he says, issues of consumption, production, and the knowledge that people have of what they’re eating must be addressed. This, he believes, will produce a ripple effect in other areas of our lives, with the money once poured into supporting unhealthy eating habits now available for things like better education and healthcare systems.

If we want to see dramatic improvement in the environment, health care, employment, poverty, climate change—if we want to improve our likelihood of survival—then those who value the wellbeing of the planet and the mental, spiritual, and physical health not only of human beings, but of other inhabitants, must gain more power.”

“You can barely talk about your garden or your supermarket or the food on your table without talking about the failure of government, the dominance of corporation, the break down of food security, and so on.”

“When we look back twenty to fifty years from now, I think it will be obvious that added sugar was the tobacco of the twenty-first century.”

Mark Bittman is an American food journalist, author, and columnist for The New York Times, where he writes about policy, agriculture, health, the environment, and, of course, cooking and eating. His weekly column, “The Minimalist,” sparked a cookbook series of the same name. Bittman has now co-written 16 books and cookbooks, including his best-selling How to Cook Everything, which won the Julia Child general cookbook award, the James Beard general cookbook award, and three other major international cookbook awards and also spent a record 130 weeks on the Los Angeles Times’ “Cookbook Hot List.”