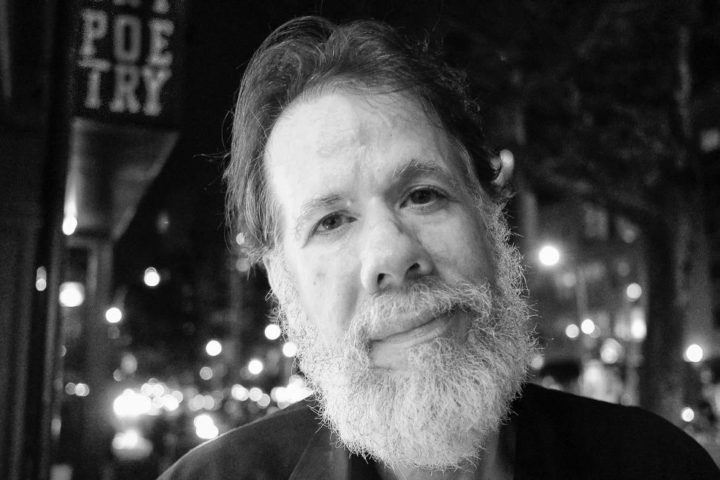 Poet and social justice advocate Martín Espada discusses his then most recent collection, A Mayan Astronomer in Hell’s Kitchen.

In this episode of The Archive Project, American Book Award winning poet Martín Espada discusses his then most poetry collection, A Mayan Astronomer in Hell’s Kitchen. In this, his sixth collection, Espada has created a poetic mural. There are conquerors, slaves, and rebels from Caribbean history; the “Mayan astronomer” calmly smoking a cigarette in the middle of a New York tenement fire; a nun staging a White House vigil to protest her torture; a man on death row mourning the loss of his books; and even Carmen Miranda. In many ways, the collection mirrors Espada’s own career: a winding, fascinating journey punctuated by episodes that on their surface could not appear to have less in common. Espada has worn many hats—civil rights lawyer, teacher, poet—and this is evident in the various people, places, and themes his work tackles.

As a courtesy, we warn that this episode contains sometimes graphic descriptions of violence and racism, and may not be suitable for all audiences.

​Martín Espada was born in Brooklyn, New York in 1957. He has published almost twenty books as a poet, editor, essayist, and translator. His latest collection of poems from Norton is called Vivas to Those Who Have Failed (2016). Other books of poems include The Trouble Ball (2011), The Republic of Poetry (2006), Alabanza (2003), A Mayan Astronomer in Hell’s Kitchen (2000), Imagine the Angels of Bread (1996), City of Coughing and Dead Radiators (1993) and Rebellion is the Circle of a Lover’s Hands (1990). His many honors include the 2018 Ruth Lilly Poetry Prize, the Shelley Memorial Award, the Robert Creeley Award, the National Hispanic Cultural Center Literary Award, an American Book Award, the PEN/Revson Fellowship, and a Guggenheim Fellowship. The Republic of Poetry was a finalist for the Pulitzer Prize. The title poem of his collection Alabanza, about 9/11, has been widely anthologized and performed. His book of essays, Zapata’s Disciple (1998), was banned in Tucson as part of the Mexican-American Studies Program outlawed by the state of Arizona, and has been issued in a new edition by Northwestern University Press. A former tenant lawyer in Greater Boston’s Latino community, Espada is a professor of English at the University of Massachusetts-Amherst.