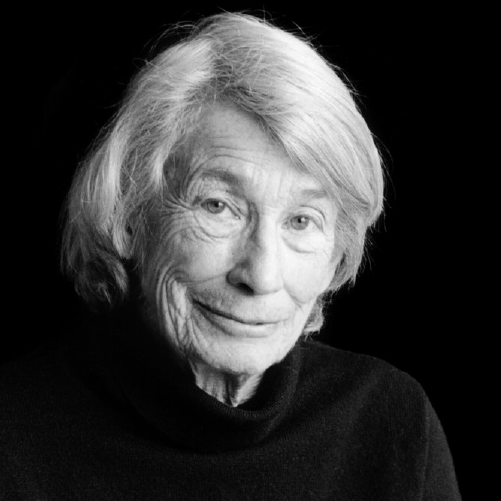 Poet Mary Oliver reads a selection of her past works, pausing between poems to share stories about her teaching career and personal life.

In this episode of The Archive Project, Mary Oliver reads poems from several of her collections, focusing on brief images of the natural world that she believes people need to attend. These poems include “Messenger,” “Thirst,” “Percy 1,” “The Swan,” “Beans,” “Swimming with Otter,” “Wild Geese,” “Percy 2,” “There you were and it was like spring,” and “The Sun.” Between poems, Oliver shares details about her personal life, including her time as a teacher and her time spent observing the world with the help of her partner, photographer Mary Cook.

“Attention without feeling, I began to learn, is only a report. An openness and empathy was necessary if the attention was to matter.”

A notoriously private person, Mary Oliver has been described by The New York Times as “far and away America’s best-selling poet,” and has written more than 30 collections of poetry and nonfiction. Her allocates include a Pulitzer Prize, a National Book Award, and a Lannan Literary Award. While she never formally completed a degree, Oliver has received honorary doctorates from four institutions, including Dartmouth College and Tufts University. As a teenager, Oliver lived briefly in the home of Edna St. Vincent Millay, where she helped Millay’s family sort through the papers the poet left behind. In her review of Oliver’s poetry, Maxine Kumin noted that Oliver “stands quite comfortably on the margins of things, on the line between earth and sky, the thin membrane that separates human from what we loosely call animal,” acting as an “indefatigable guide to the natural world, particularly to its lesser-known aspects.” Though Oliver resided in Florida up to her recent passing, she lived in Provincetown, Massachusetts for roughly 40 years with her partner, photographer Molly Cook, and the location has served as the inspiration for much of her work.