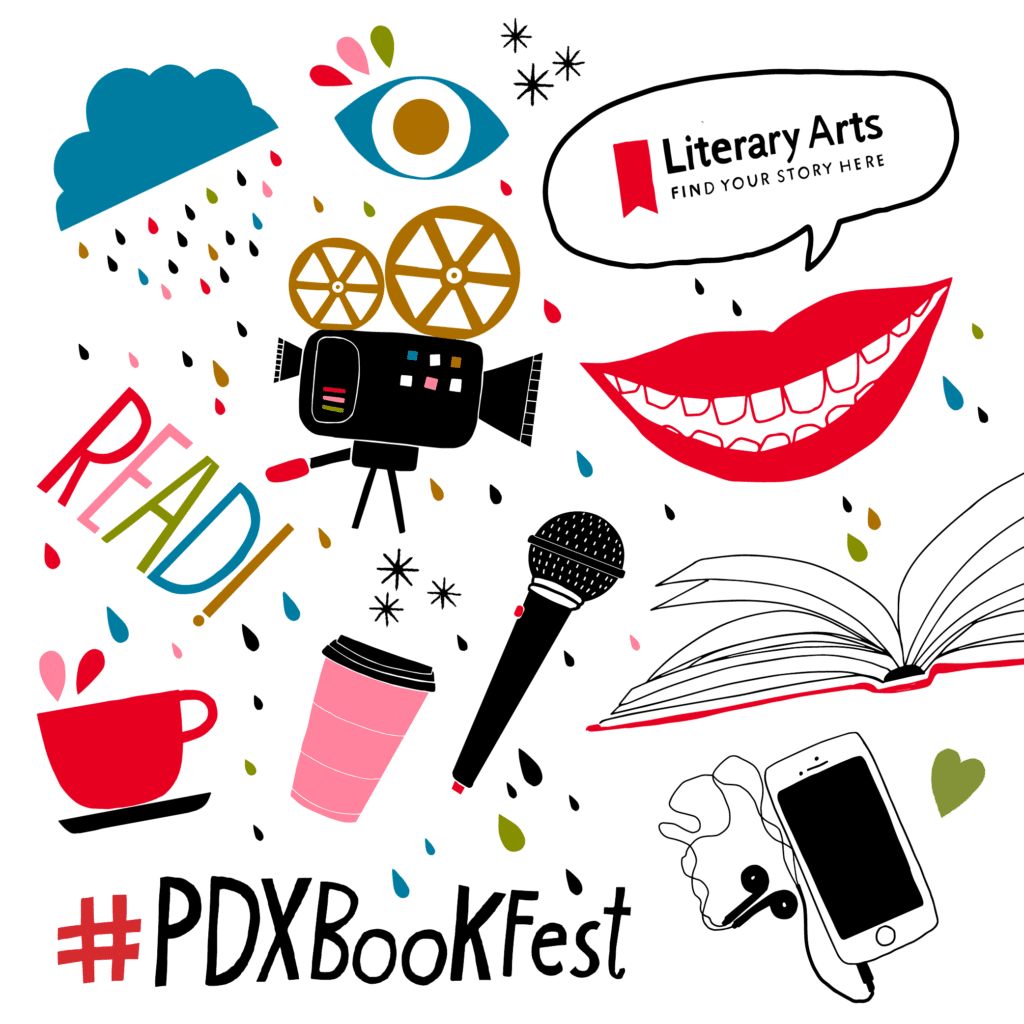 Listen to excerpts from the 2020 #PDXBookFest, with writers including Anne Helen Petersen, Justin Phillip Reed, and Aimee Nezhukumatathil. 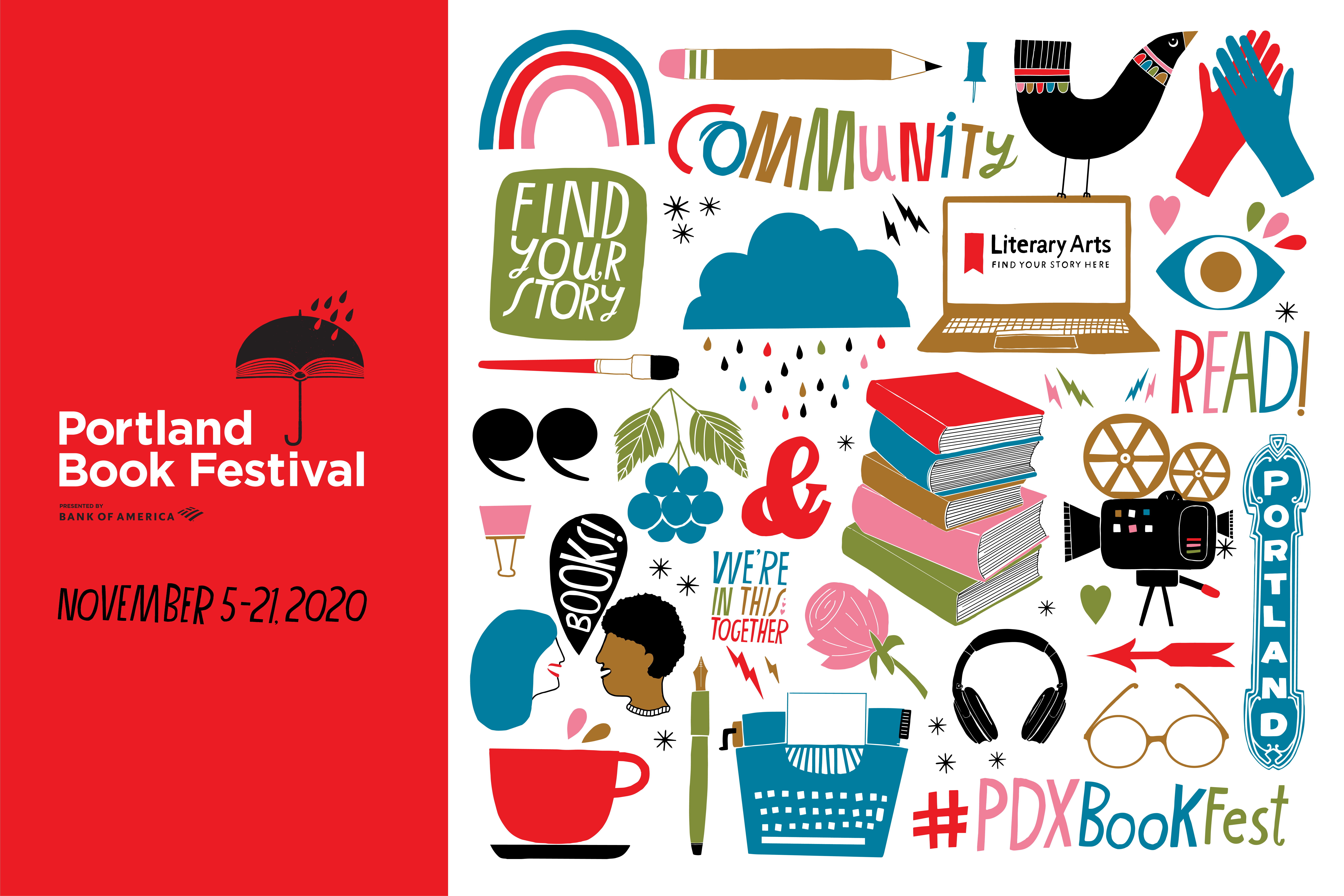 This episode of The Archive Project features highlights from the first week of the 2020 Portland Book Festival, presented by Bank of America. Listen to excerpts from longer discussions. Evette Dionne and Anne Helen Petersen discuss burnout, politics, and the unique pressures on millennials; poets Hafizah Geter, Justin Phillip Reed, and moderator Ashley Toliver explore displacement, violence, myth and memory in their collections; and Aimee Nezhukumatathil, Kawai Strong Washburn, with John Freeman talk environmental justice and the inseparableness of the climate crisis and economic inequality.

To listen to full discussions from this episode, and the rest of the Festival, visit PDXBookFest.org.

The Portland Book Festival (running now through November 21, 2020) presents a diverse range of writers who have recently published novels, story collections, works of nonfiction and poetry. There are over 100 writers in the festival this year and they hail from all over the country. Some are among our most famous writers at work today, and some publishing their first book. All are accomplished artists with powerful ideas and stories that can illuminate our understanding of ourselves and our world.

Evette Dionne is a journalist, pop culture critic, and magazine editor. She’s the author of Lifting As We Climb: Black Women’s Battle for the Ballot Box, and she currently serves as the editor-in-chief of Bitch Media. Evette writes extensively about pop culture through the lenses of race, gender, and size for a number of print and digital publications, including NBC News, Cosmopolitan, Glamour, Time, the New York Times, the Guardian, SELF, and Harper’s Bazaar.

Born in Zaria, Nigeria, Hafizah Geter is the author of Un-American (Wesleyan University Press, 2020) and an editor whose poetry and prose have appeared in The New Yorker, Boston Review, Los Angeles Review of Books, and Longreads, among others. She lives in Brooklyn, New York.

Aimee Nezhukumatathil is the author World of Wonders, an illustrated essay collection, as well as of four books of poetry, most recently, Oceanic, winner of the Mississippi Institute of Arts and Letters Award. Other awards for her writing include fellowships and grants from the National Endowment for the Arts, Mississippi Arts Council, and MacDowell. Her writing appears in Poetry, the New York Times Magazine, ESPN, and Tin House. She serves as poetry faculty for the Writing Workshops in Greece and is professor of English and Creative Writing in the University of Mississippi’s MFA program.

Justin Phillip Reed is an American poet, essayist, and amateur bass guitarist whose preoccupations include horror cinema, poetic form, morphological transgressions, and uses of the grotesque. He is the author of two poetry collections, The Malevolent Volume (2020) and Indecency(2018), both published by Coffee House Press. Born and raised in South Carolina, he participates in vague spirituality and alternative rock music cultures and enjoys smelling like outside. He is the 2019-2021 Fellow in Creative Writing at the Center for African American Poetry and Poetics at the University of Pittsburgh.

Ashley Toliver is the author of Ideal Machine (Poor Claudia, 2014) and Spectra (Coffee House Press, 2018). A poetry editor at Moss., her work has been supported by fellowships from Oregon Literary Arts, the Cave Canem Foundation, and the Academy of American Poets. She received her MFA from Brown University in 2013.

Kawai Strong Washburn was born and raised on the Hamakua coast of the Big Island of Hawai‘i. His work has appeared in Best American Nonrequired Reading, McSweeney’s, and Electric Literature’s Recommended Reading, among other outlets. He was a 2015 Tin House Summer Scholar and 2015 Bread Loaf work-study scholar. Today, he lives with his wife and daughters in Minneapolis. Sharks in the Time of Saviors is his first novel.