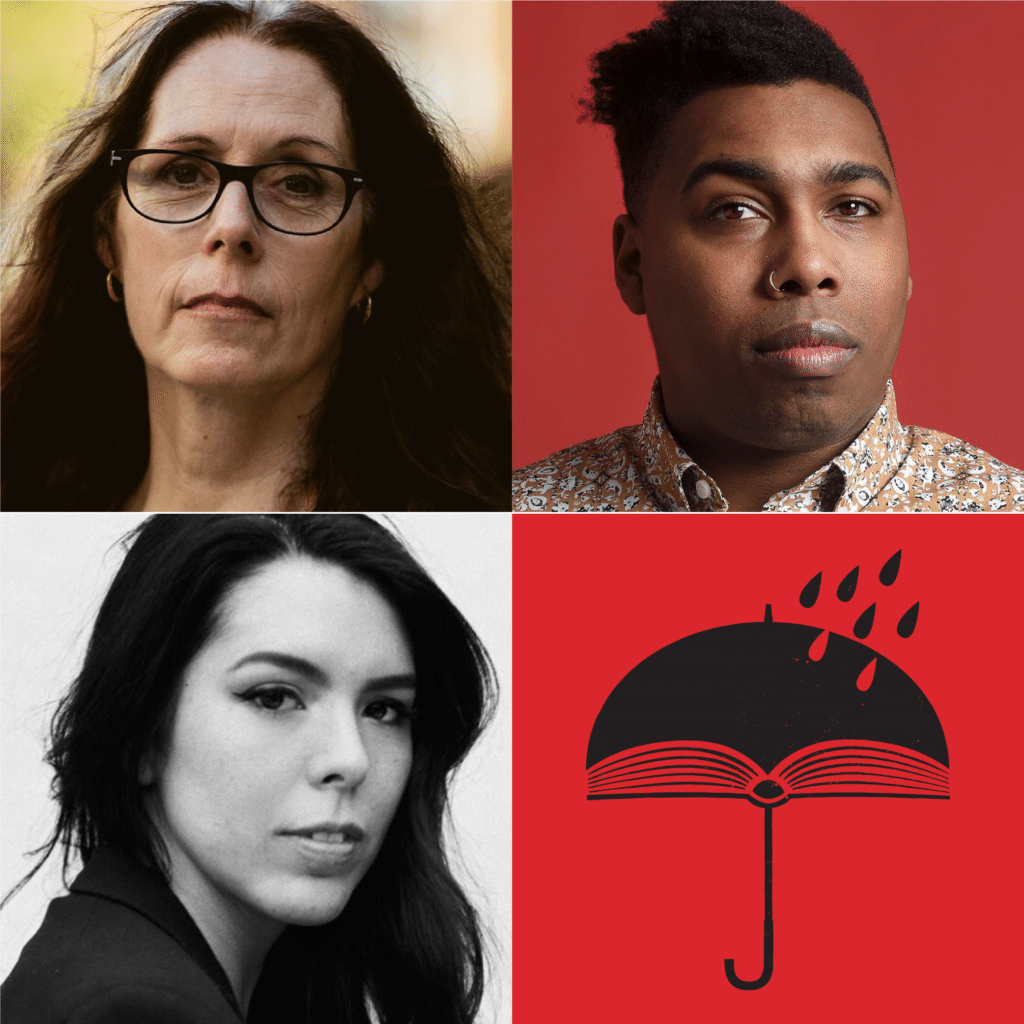 Reckoning: Memoir of Trauma and Resilience

The 2020 Portland Book Festival will take place November 5-21, and will be presented virtually with most events available to view for free. For more information, including our lineup of authors & presenters, visit: literary-arts.org/pdxbookfest

Note: Portions of this episode contain mature themes that may not be suitable for all audiences.

This episode of The Archive Project features a panel conversation from the 2019 Portland Book Festival between Laurie Halse Anderson, Saeed Jones, and T Kira Madden, with moderator Michele Filgate. All three of these writers crafted memoirs about coming of age as a writer that question how to be in your body in the world and in your own mind. They contemplate the repercussions of physical and psychological trauma, and how we become the person we imagine ourselves to be—and how that changes over time. Resilience, vulnerability, and writing as healing all feature as themes in this frank and inspiring discussion.

For more information about the books discussed in this episode:
Shout by Laurie Halse Anderson
How We Fight for Our Lives by Saeed Jones
Long Live the Tribe of Fatherless Girls by T Kira Madden

“You can’t dream until the nightmares are slain.” – Laurie Halse Anderson

“To me, as a writer, it feel like this is my mission. I know I’m an excellent writer. Writing is the only thing that I will never let anyone convince me that I am not excellent at. With America being what it is—and it’s always been this way, this is not new—I feel as if I owe it to the America that we live and are dying in to do the best I can. And if I am excellent at writing, how could I not use this tool to contribute?” – Saeed Jones

“I would say always lean in to letting your form and content be in conversation. If that’s how it feels, let the words spill, let the chapters mesh; just follow the messiness.” – T Kira Madden

Laurie Halse Anderson is a New York Times bestselling author whose writing spans young readers, teens, and adults. Combined, her books have sold more than 8 million copies. Her new book, SHOUT, a memoir-in-verse about surviving sexual assault at the age of thirteen and a manifesta for the #MeToo era, has received widespread critical acclaim and appeared on the New York Times bestseller list for seven consecutive weeks. Laurie has been nominated for the Astrid Lindgren Memorial Award three times. Two of her books, Speak and Chains, were National Book Award finalists, and Chains was short-listed for the prestigious Carnegie medal. Laurie was selected by the American Library Association for the 2009 Margaret A. Edwards Award and has been honored for her battles for intellectual freedom by the National Coalition Against Censorship and the National Council of Teachers of English.

Saeed Jones is the author of How We Fight for Our Lives and Prelude to Bruise, winner of the 2015 PEN/Joyce Osterweil Award for Poetry and the 2015 Stonewall Book Award/Barbara Gittings Literature Award. The poetry collection was also a finalist for the 2015 National Book Critics Circle Award, as well as awards from Lambda Literary and the Publishing Triangle in 2015. Jones is a co-host of BuzzFeed’s morning show, AM to DM, and previously served as BuzzFeed’s LGBT editor and Culture editor. Jones was born in Memphis, Tennessee, and grew up in Lewisville, Texas. He earned a BA at Western Kentucky University and an MFA at Rutgers University-Newark. He lives in New York City.

T Kira Madden is an APIA writer, photographer, and amateur magician. She is the founding editor-in-chief of No Tokens, and facilitates writing workshops for homeless and formerly incarcerated individuals. A 2017 NYSCA/NYFA Artist Fellow in nonfiction literature, she has received fellowships from The MacDowell Colony, Hedgebrook, Tin House, DISQUIET, Summer Literary Seminars, and Yaddo, where she was selected for the 2017 Linda Collins Endowed Residency Award. She lives in New York City and teaches at Sarah Lawrence College.

Michele Filgate’s work has appeared in Longreads; The Washington Post; the Los Angeles Times; The Boston Globe; The Paris Review Daily; Tin House; Gulf Coast; O, The Oprah Magazine; BuzzFeed; Refinery29; and many other publications. Currently, she is an MFA student at NYU, where she is the recipient of the Stein Fellowship. She’s a contributing editor at Literary Hub and teaches at the Sackett Street Writers’ Workshop and Catapult. What My Mother and I Don’t Talk About is her first book.