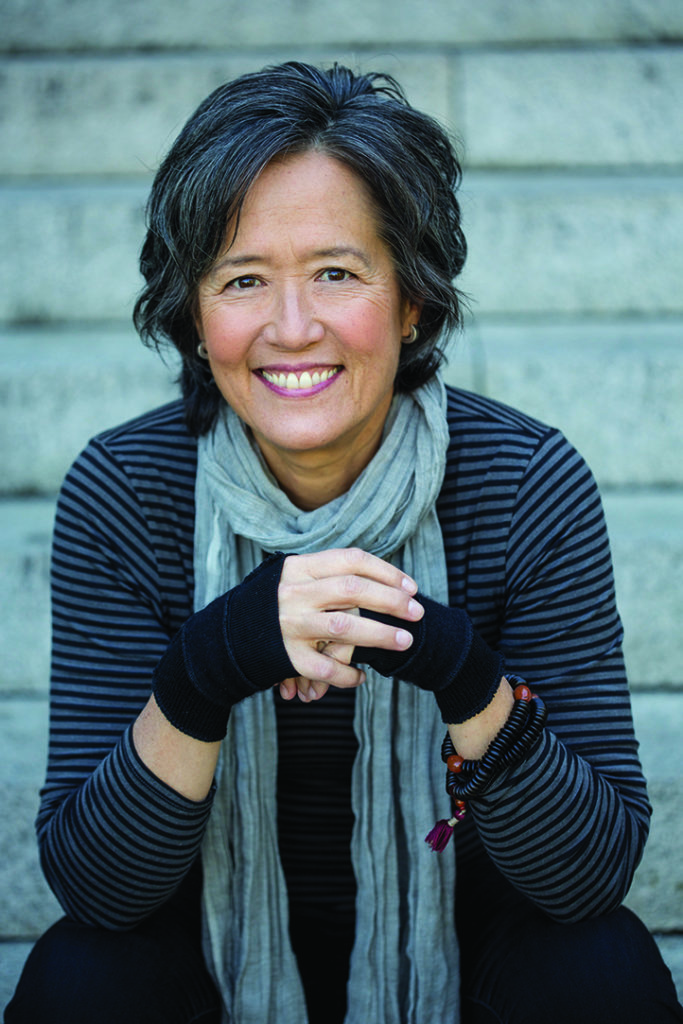 Ruth Ozeki discusses her novel A Tale for the Time Being and the nature of time itself, contending that we need to shift how we experience time.

Ruth Ozeki discusses her novel A Tale for the Time Being, specifically the phrase “time being” and its several meanings. Ozeki tells the story of discovering her main character, Nao, and her journey toward figuring out all the various narrative elements of her novel. It was a long, circuitous route: world affairs, books, and life experiences all influenced the characters and events Ozeki wrote about, and she struggled to decide who Nao was writing her journal for: “It was my job, as a novelist, to figure this out.” She also philosophizes extensively about the way we view time, asserting that, “All that exists, all that we can ever know, is the present moment.” She cites Japanese Zen Buddhist teacher Dogen Zenji and uses filmmaking techniques to discuss our experience of time, arguing that viewing time as a quantifiable commodity is unhealthy. At the conclusion of her talk, Ozeki leads the entire audience through a meditation exercise.

“I find [Dogen Zenji’s] view of time to be quite astonishing. It’s so expansive and generous. It means there’s always enough time if you just slow down. If you just slow down and take your time, you will have plenty of opportunities to do something beneficial.”

Ruth Ozeki is a novelist, filmmaker, and Zen Buddhist priest. She is the award-winning author of three novels, My Year of Meats, All Over Creation, and A Tale for the Time Being, which won the Los Angeles Times Book Prize and was shortlisted for the Man Booker Prize and the National Book Critics Circle Award. Her critically acclaimed independent films, including Halving the Bones, have been screened at Sundance and aired on PBS. A longtime Buddhist practitioner, Ozeki was ordained in 2010 and is affiliated with the Brooklyn Zen Center and the Everyday Zen Foundation. She lives in British Columbia and New York City. She currently teaches creative writing at Smith College, where she is the Grace Jarcho Ross 1933 Professor of Humanities in the Department of English Language and Literature.

“Our bodies and minds are rarely together in the present moment at the same time, and this skews the alignment between being and time and causes all sorts of suffering, which is what makes us humans such anxious and unsettled time-beings.”

“[Writing A Tale for the Time Being] took an achingly long time, but I think it illustrates an important point, that novels are time-beings too. They take the time they take.”