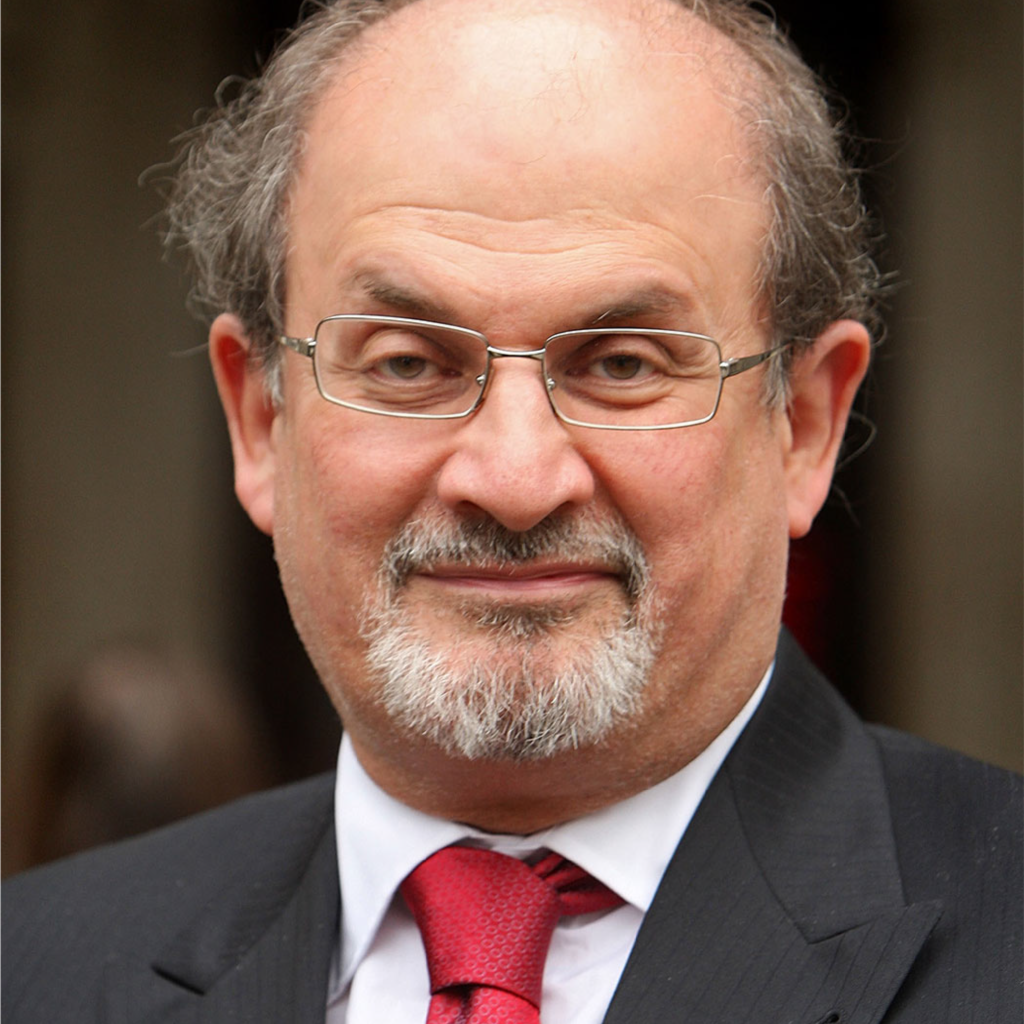 This episode of The Archive Project features an interview with Salman Rushdie from June 2020. This interview with Steph Opitz was presented through a partnership between the Wisconsin Book Festival, Literary Arts, Black Mountain Institute, and The Loft’s Wordplay, and was originally live-streamed online during the COVID-19 pandemic.

Rushdie and Opitz’s discussion focuses on Quichotte, Rushdie’s latest novel. Rushdie shares how his original inspiration for the novel was taken from Cervantes’ Don Quixote, as well as works by other classic writers, but details how his characters quickly came into their own. They also discuss current events, including the global pandemic and social uprisings in America. Throughout, Rushdie centers the power that stories and reading have to change the way a person understands the world.

You can read a transcript of this interview here, at The Believer.

“People have a very deep need for story. When children are born, the first thing they want is to feel safe, loved, have a roof over their heads, food, and so on. But very soon after that, the request comes to ‘tell me a story.’ And stories become the way in which we learn and understand the world.”

“We live in a moment in which the world can be transformed in an instant.”

“[Writing] books is a strange kind of fun. They drive you mad, and they make you constantly aware of your own inadequacies. But this one was enjoyable because I really wanted it to be funny.”

About Quichotte: Inspired by the Cervantes classic, Sam DuChamp, mediocre writer of spy thrillers, creates Quichotte, a courtly, addled salesman obsessed with television who falls in impossible love with a TV star. Together with his (imaginary) son Sancho, Quichotte sets off on a picaresque quest across America to prove worthy of her hand, gallantly braving the tragicomic perils of an age where “Anything-Can-Happen.” Meanwhile, his creator, in a midlife crisis, has equally urgent challenges of his own. Just as Cervantes wrote Don Quixote to satirize the culture of his time, Rushdie takes the reader on a wild ride through a country on the verge of moral and spiritual collapse. And with the kind of storytelling magic that is the hallmark of Rushdie’s work, the fully realized lives of DuChamp and Quichotte intertwine in a profoundly human quest for love and a wickedly entertaining portrait of an age in which fact is so often indiscernible from fiction.

Salman Rushdie is the author of thirteen previous novels—Grimus, Midnight’s Children (for which he won the Booker Prize and the Best of the Booker), Shame, The Satanic Verses, Haroun and the Sea of Stories, The Moor’s Last Sigh, The Ground Beneath Her Feet, Fury, Shalimar the Clown, The Enchantress of Florence, Luka and the Fire of Life, Two Years Eight Months and Twenty-Eight Nights, and The Golden House—and one collection of short stories: East, West. He has also published four works of nonfiction—Joseph Anton, The Jaguar Smile, Imaginary Homelands, and Step Across This Line—and coedited two anthologies, Mirrorwork and Best American Short Stories 2008. He is a member of the American Academy of Arts and Letters and a Distinguished Writer in Residence at New York University. A former president of PEN American Center, Rushdie was knighted in 2007 for services to literature.