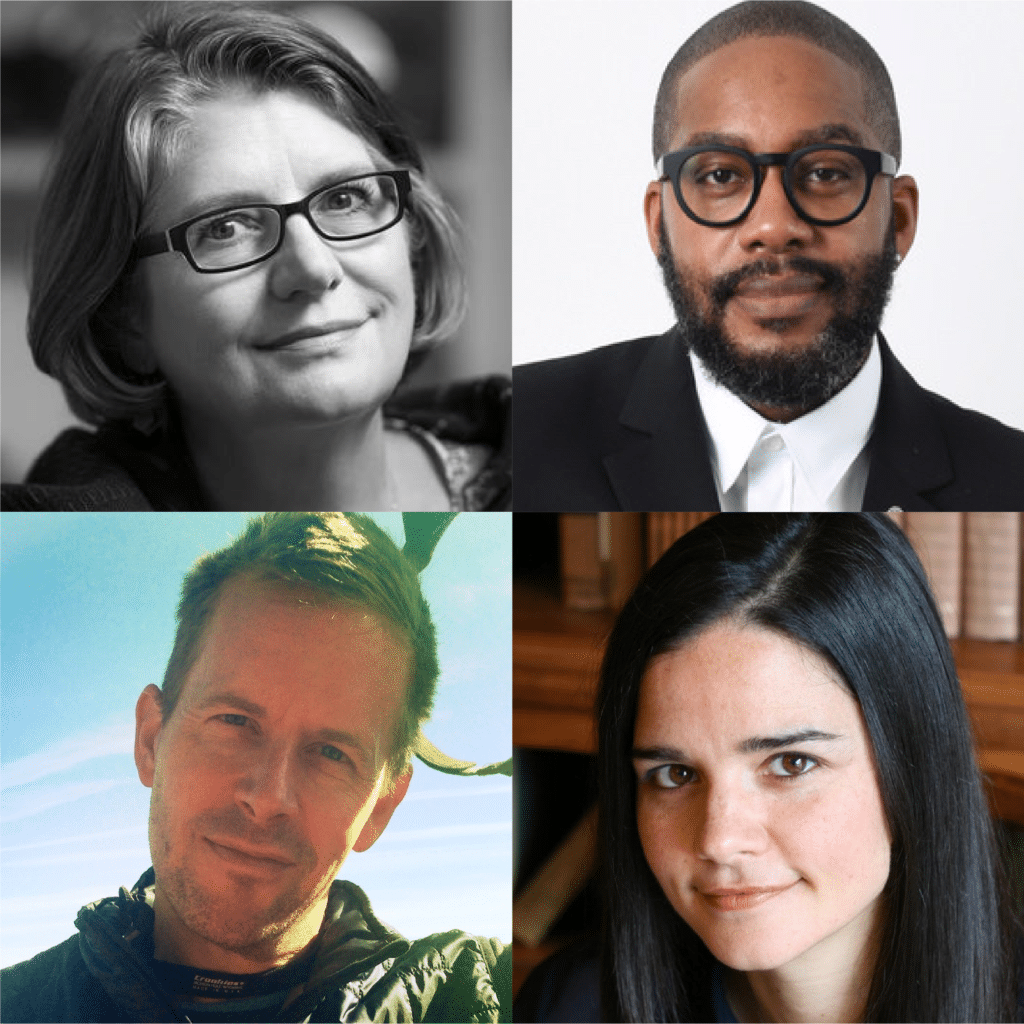 Debra Gwartney, Mitchell S. Jackson, and Peter Rock discuss reconstructing the past in order to understand the present in their writing practices.

The 2020 Portland Book Festival will take place November 5-21, and will be presented virtually with most events available to view for free. For more information, including our lineup of authors & presenters, visit: literary-arts.org/pdxbookfest

In this episode of The Archive Project we revisit an event that took place at the 2019 Portland Book Festival. The panel, titled Self Portrait: Memoir, Auto-Fiction and History, features three incredible Oregonian writers: Debra Gwartney, Mitchell S. Jackson, and Peter Rock, and was moderated by Elena Passarello.

What is shared between these writers are projects that attempt to reconstruct a past in order to understand the present. They have not simply written personal accounts of their lives, but they have widened the lens and scope of their books to account for the communities that shaped them, the historical forces that shaped their communities, and the lives they have led—both their interior lives and as actors in the world. This work is exhilarating because it connects us all to the course of time, helping us see we are not merely alone in shaping our lives, but part of the mysterious current of the past—personal and historical—that play a role in defining who we are.

For more information about the books discussed in this episode:
I Am a Stranger Here Myself by Debra Gwartney
Survival Math: Notes on an All-American Family by Mitchell S. Jackson
The Night Swimmers by Peter Rock

“A memoir is like a story; a story with a person at the heart of it.” – Mitchell S. Jackson

Debra Gwartney is the winner of the 2018 RiverTeeth Nonfiction Prize, judged by Gretel Ehrlich, for her memoir, I Am a Stranger Here Myself. Her 2009 memoir, Live Through This, was a finalist for the National Book Critics Circle Award, the Pacific Northwest Booksellers Award, and the Oregon Book Award. Debra has published in such journals as Granta, Tin House, American Scholar, The Normal School, Creative Nonfiction, Prairie Schooner, Triquarterly Review, the NYT “Modern Love” column, among others. She is the 2018 winner of the Real Simple essay contest and is a contributing editor at Poets & Writers magazine. She has received fellowships from Hedgebrook, Playa, UCross, and the Wurlitzer Foundation. She teaches in the MFA Program at Pacific University and lives in Western Oregon with her husband, the writer Barry Lopez.

Mitchell S. Jackson’s debut novel won the Ernest J. Gaines Award for Literary Excellence. His honors include a Whiting Award and fellowships from the Cullman Center of the New York Public Library, TED, the Lannan Foundation, the Ford Foundation, PEN, NYFA (New York Foundation for the Arts), and the Center for Fiction. His writing has appeared in The New Yorker, Harper’s Magazine, The New York Times Book Review, The Paris Review, The Guardian, and elsewhere. The author of Survival Math, he is an Assistant Professor of Creative Writing at the University of Chicago.

Peter Rock is the author of the novels The Night Swimmers, SPELLS, Klickitat, The Shelter Cycle, My Abandonment, The Bewildered, The Ambidextrist, Carnival Wolves and This Is the Place, as well as a story collection, The Unsettling. The recipient of a Guggenheim Fellowship, a National Endowment for the Arts Fellowship, an Alex Award and others, he is a Professor in the English Department of Reed College.