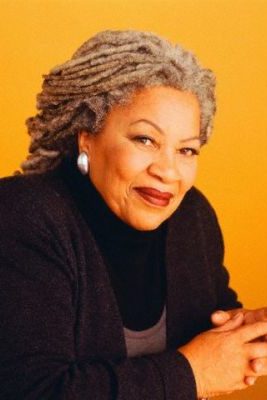 Toni Morrison discusses how her work—specifically in her novels Beloved and Jazz—examines the evolution of racial self-regard in African Americans.

Toni Morrison begins her lecture by saying she wants to discuss two of her books in particular—Beloved (1987) and Jazz (still forthcoming at the time)—and the progression of her writing. She considers the impact of history on both novels. In discussing Beloved, Morrison touches on the pornography of writing about violence as a voyeur and how she worked to keep the focus on the characters themselves, not the institution of slavery.

For Jazz, Morrison discusses the genre’s contradictions, its place in the cultural psyche, and how the Jazz Age “was a period when black people placed an indelible hand of agency on the cultural scene.” All of this, she says, was part of her sustained investigation of “self-regard, in both racial and gendered terms.” Morrison also discusses the interior, imaginative freedom that jazz fostered and how this agency changed the course of cultural history in America.

“The embrace of history and fiction is what I was concerned with—or rather, the effort to disentangle the grip of history, while remaining in its palm, so to speak.”

“We move from data to information, to knowledge, to wisdom. And separating one from the other, being able to distinguish among and between them, that is knowing the limitations and the danger of exercising one without the others, while respecting each category of intelligence. That’s generally what serious education is about.”

“It’s impossible to hear that sort of blues cry without acknowledging in it the defiance, the grandeur, the agency that frequently belies the wale of disappointed love. And it may be through that agency—and the even more powerful assertiveness of what we call Jazz, which uses those gestures—that is how compromise becomes reconciliation. It’s also the way in which imagination fosters real possibilities. If you can’t imagine it, you can’t have it.”

Toni Morrison was born in 1931 in Lorain, Ohio. She was an avid reader, and her favorite authors included Jane Austen and Leo Tolstoy. Morrison attended Howard University and wrote her first novel, The Bluest Eye, while teaching there and raising two children. She went on to become the author of several critically acclaimed novels, including Sula, Song of Solomon, Jazz, and Home. In 1988, she won the Pulitzer Prize and the American Book Award for Beloved, and in 2006, The New York Times Book Review named Beloved the best American novel published in the previous twenty-five years. In 1993, Morrison won the Nobel Prize for Literature. Her most recent book, The Source of Self-Regard: Essays, Speeches, Meditations, was published in February of 2019. Morrison passed away in August of 2019.