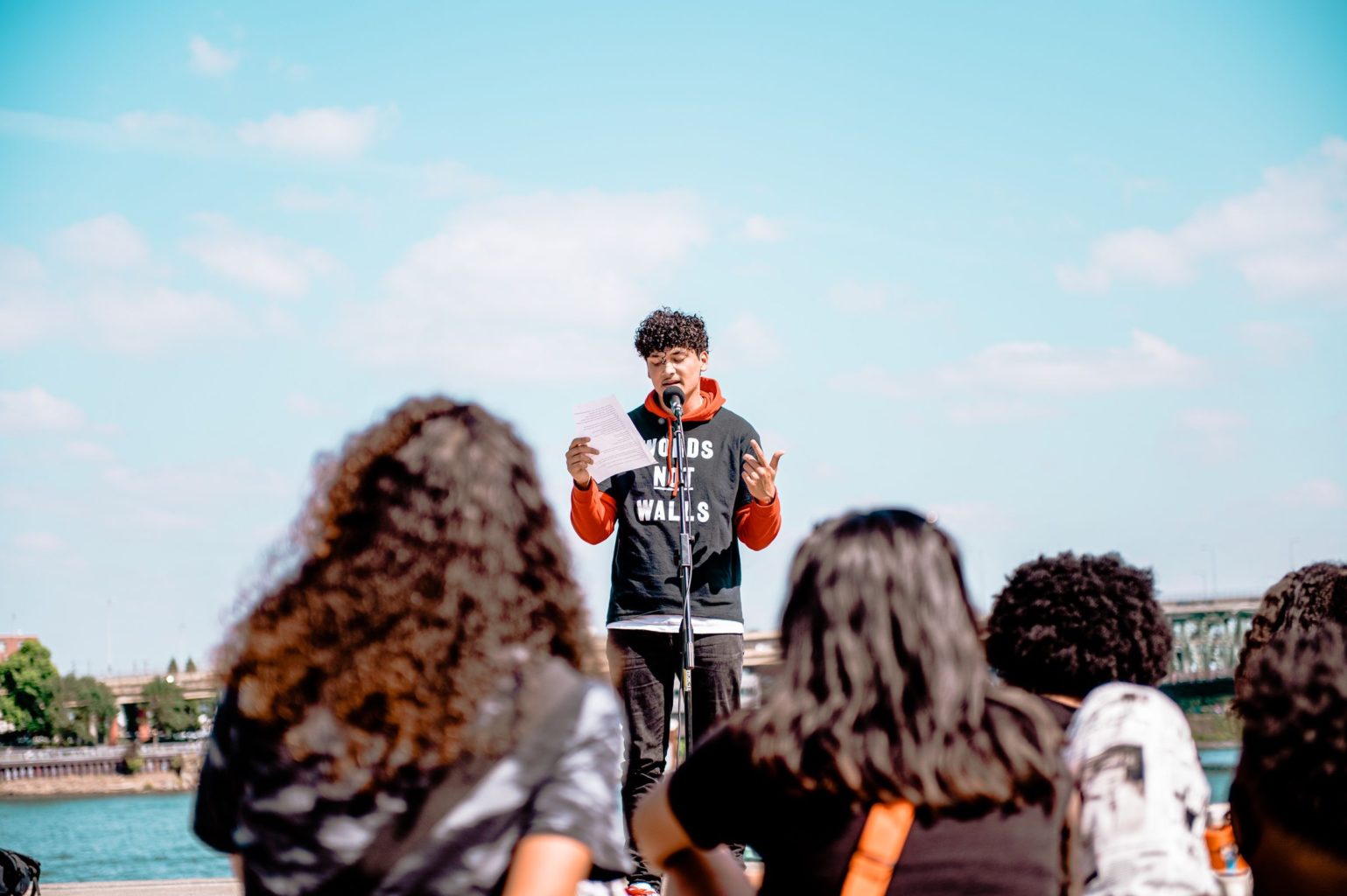 Jolly Wrapper, that’s “Wrapper” with a “W”! is a Portland-based musical performer, spoken word poet and visual artist. His work often draws inspiration from personal experiences, interests, people, systems, and social injustices, which he has encountered and observed throughout his life. Although not confined to any one particular genre of music, his most popular songs usually consist of Hip-Hop Rap and Bedroom-Pop.

He’s established in the local area both as a Portland Poet, and also as an up and coming artist in the Portland rap scene as well. He’s not only performed all over Portland, some of his most notable out of town performances were, Houston, Las Vegas, and one of his biggest feats yet was being flown out by the Smithsonian Institution, located in Washington DC to give a musical performance for the launch of Open Access, the releasing of the Smithsonian’s digital archives to the public.

Aside from performing poetry and making music, he also loves filming music videos, doing photography, producing beats, drawing, painting, designing and sewing custom clothes, writing and illustrating children’s books, mentoring youth, and facilitating social justice events. He also enjoys metal detecting, collecting coins, polishing rocks, and his favorite snack is cilantro! His biggest strengths are being creative and problem-solving. Through art and self-expression, he will change the world. Support him and he’ll support you! Check out his music on all platforms @Jolly Wrapper.

When asked how he’s feeling he hit us with his famous catchphrase, “I’m Feelin’ Jolly!”