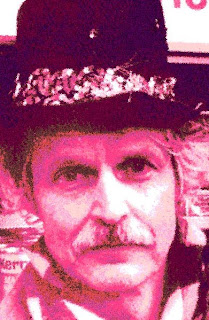 Mayor Sam Adams has officially proclaimed the week of July 1-7 as Walt Curtis Week in Portland, and many writers, artists and performers are joining that week to stage benefit performances. Portland poet Walt Curtis lost his home and most of his possessions, paintings and papers in a fire May 2 which destroyed the Great Northwest Bookstore and the old wooden church which housed it.

Proceeds of all events will go to the Walt Curtis Fund at the Wells Fargo Bank. Or you can walk into any Wells Fargo Bank and tell them you’d like to donate to the fund.