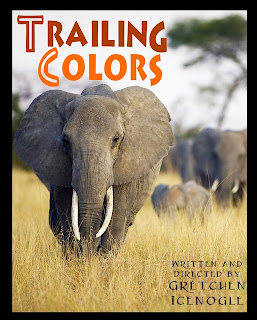 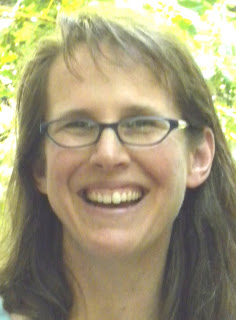 Gretchen Icenogle is a 2010 Oregon Literary Fellowship recipient in nonfiction. She is working on a memoir, and says, “It’s a memoir, but one with a specific focus on bodily, creaturely life.” She’s also a playwright and her play, Trailing Colors, is currently in production at The Headwaters Theater.

Gretchen moved to Portland in 2001, while working on her Phd for University of California Santa Barbara’s department of dramatic art and dance. She began writing for the stage in Santa Barbara, and Trailing Colors was a semi-finalist for the Eugene O’Neill Playwrights’ Conference.

Fellowship judge Barbara Hurd had this to say about Gretchen’s memoir in progress:

Gretchen Icenogle’s work demonstrates sensual intelligence and an imagination that begins its wild excursions in the firm experience of the body. With language both precise and supple, she examines dilemmas of identity, privacy, sexuality, and grief—that “ageless juxtaposition of divine indifference and human impotence.” The power of this writing begins with compelling prose rhythms and accumulates through a lively sense of phrasing. The result is an exceptional freshness of vision. These excerpts merit high praise.

Gretchen took some time to answer a few questions from us.

What are you working on currently?
The production and direction of Trailing Colors has been all consuming in the last six weeks or so, but now that the show has opened I’m finally able to return to the memoir for which Literary Arts awarded me the fellowship, Theater of Anatomy. It’s organized around parts of the body, and yesterday I took up the thread of chapter nine: Hair and Fur, Tooth and Claw. Coincidentally, it involves the same experiences in Africa that helped to inspire Trailing Colors; it’s been fun (if a little disorienting) to look at them simultaneously through a fictional and non-fictional lens.

What inspires you?
A character in Trailing Colors, Rose, describes at one point her perception that Americans are like scavengers: “There is something on the ground they like, they wait until it is safe, then like a crow they snatch it up and they fly away.” I’m afraid this describes my own artistic process all too well. I’m constantly on the lookout for a bit of foil here, a scrap of red yarn there; I accumulate images and ideas until they seem almost on their own to take on a suggestive shape. If I were a visual artist, I think I would work in collage or mosaic. I love the dynamic tensions among fragments placed in unexpected relation to each other, visions that are coherent but still have their seams showing. Trailing Colors began with three apparently random shards of inspiration: a snippet of a song lyric, Philip Gourevitch’s stunning account of the Rwandan genocide (We Wish to Inform You that Tomorrow We Will Be Killed with Our Families), and my interest in the Oakland Zoo’s attempts to breed African elephants.

Do you have a writing schedule?
I do have a writing routine that makes my muse very happy when I can keep it! Nothing happens on any given morning until our three dogs are walked, but then the youngest and nuttiest of them, Pazzo, accompanies me to my study and settles onto a bed at my feet. He thinks he’s guarding me from assorted outside threats (the UPS man foremost among these), but in truth he’s guarding me from my own restlessness. When a sentence spins out of control or my thoughts grind to a painful halt, I can reach down and give his chest a scratch and this helps me to stay put until the next word arrives. After lunch, if I have good momentum, I may go right back to what I was writing in the morning. If not, I may turn to something utterly different. Almost in parallel with the memoir, I’ve been writing a series of ocean fables for the entertainment of my sister’s three kids, and they’ve been a great source of refreshment through the process.