Next Thursday, September 6th, Literary Arts is hosting the  Loggernaut Reading Series at our center at 925 SW Washington. The reading begins at 7:30 and is free and open to the public. The prompt for the evening is “Pieces” and the evening will feature Dan Deweese, Carter Sickels and Coleman Stevenson.

Dan DeWeese‘s novel, You Don’t Love This Man, was a finalist for the  Ken Kesey Award for Fiction; fiction judge Philip Lopate called it a “beautifully nuanced, psychologically rich character study.”  His story collection, Disorder, will be published in October. He is the editor-in-chief of Propeller magazine, and teaches writing and film at Portland State University. 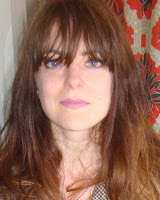 Coleman Stevenson‘s first collection of poems, The Accidental Rarefication of Pattern #5609, was published by bedoiun books in 2012. Her poems have also appeared in a variety of journals including Seattle Review, Mid-American Review, Louisiana Literature, and Burnside Review. Originally from Birmingham, Alabama, she now lives in Portland, where she teaches design students about poetry and word/image collaboration.

Loggernaut Reading Series is curated by Erin Erginbright, Jesse Lichtenstein and Pauls Toutonghi.  We asked Pauls and Jessie some questions about Loggernaut and its history. (As of this writing, Erin is on the road!)

Paper Fort: How did Loggernaut start and  what changes have you noticed in the literary “scene” in Portland since the series began?
Jesse Lichtenstein: Loggernaut started in 2005 when Erin and I and a friend, Heather Larimer, got together for coffee at the Albina Press in North Portland and agreed that no one was quite doing what we wanted to do: a regular reading series that combined different genres of writing, Portlanders and people passing through, writers at different stages of their career, but all really good writers. I think we wanted to curate a series that, if you’d been to one event, you’d come to another even if you hadn’t heard of the writers, because you trusted they’d be good. And we liked the idea of interplay between prose and poetry, with a prompt for the readers to act as a kind of suggestive through-line. Heather eventually left town and Pauls jumped in with both feet.
As for the scene, there are a ton more reading series and events around town than there used to be, and that’s exciting. There’s good stuff happening pretty much every week, and sometimes it can even be overwhelming. I think it’s a good time to be a writer in Portland if you want an opportunity to share your work publicly, and it’s a good time to be a reader if you want to discover new work on a weekday evening.

Paper Fort: What are some of your most memorable Loggernauts?
Pauls Toutonghi: My favorite Loggernaut was the one where the writer Peyton Marshall read. But—then again—I am biased. Not only is she a fabulous writer (her first novel is coming out in 2014 from FSG), but she’s also my wife. Matthew Zapruder was terrific and gregarious and a really dynamic presence.

Jesse: There’s a lot. I remember a terrific story that Daniel Alarcón read when we were still at Mississippi studios. The first line—or one of the first lines—is “Lincoln was my first love”—and it goes from there as a lament about the narrator’s contemporary love affair with Abraham Lincoln, who, as I remember it, is kind of a hipster and kind of an asshole. It could have come off as a gimmick, but Daniel just nailed it, and the audience devoured it.

A very pregnant Cheryl Strayed read for us at one of our first readings and lit up the room. And speaking of lighting, Charlie D’Ambrosio read a gripping story at the very first Loggernaut—we were relying on natural light in the back room of Gravy, and it became harder and harder to read as Charlie got toward the end of the story, which sort of added tension to the story itself—would he finish before the light did? He made it through.

The poet Zach Schomburg gave a terrific reading, but I’m a little biased, because he is my wife.

Paper Fort: How do you pick the themes?
Pauls:  The themes come from a feeling that we have about the reading—and sometimes can spring from something as esoteric as the season, or a conversation that we’ve had, in the course of planning the event. Generally, we come up with a list of twenty or so words, and just narrow it down from there. We’ve had some funny disagreements over words in the years I’ve been helping. We find ourselves hunched over a table in a coffee shop or a bar somewhere, arguing as to whether the word should be plural or singular. It’s fun.

Jesse: It’s like naming your baby—if you then were going to ask three people to write stories and poems based on how your baby’s name made them think about the end of their marriage, or a third-grade fist fight, or a dead sparrow they once saw in a dewy field on a crisp November morn.


Paper Fort: What do you enjoy the most about curating the Loggernaut series?
Pauls: Other than the opportunity to plan a terrific community event together with two friends, the thing I love about the Loggernaut Series is meeting all of these great writers, many of whom are local — some of whom have traveled from far away to read for us.  Jac Jemc, for example, read here earlier this year—and then—when I went to Chicago, where she’s from, we read together at The Whistler, a local Chicago venue. So: Creating a community of some kind, one that’s dedicated to the written word, and to the paradigm of readings, that’s exciting.

I think it’s also great to occupy this middle ground. We’re not High Serious Art, but we do care about writing, and writers. We want to have a good time, and laugh, and cry—and be entertained by beauty. What a great hobby, no?

Jesse: I’m with Pauls. We like bringing three often very different people together—people who are super serious about the written word but who knows what else they have in common—and then when the audience shows up (we’re never sure they will, but they still do), we take real pleasure in making the introductions. As it’s gotten easier to do—Ristretto Roasters, where we do the series now, makes it really simple for us to put this thing together—it’s become easier to enjoy the readings ourselves. The time we put in continues to be rewarding.