Margarita Engle is a Cuban American poet, novelist, and journalist whose work has been published in many countries. She is the author of young adult nonfiction books and novels in verse including The Surrender Tree, a Newbery Honor Book, The Poet Slave of Cuba, Hurricane Dancers, The Firefly Letters, and Tropical Secrets.

Here are her comments on the 2013 Oregon Book Awards finalists for the Leslie Bradshaw Award for Young Adult Literature:

Cat’s Foot by Brian Doyle
This novella can be described as a parable, a folktale, or a philosophy.  Original and poetic, certain passages resemble anthropological studies of human rituals.  War is described as a disease, a different country, a kind of animal, a language, or an “engineering problem” that makes war smell like oil.  Chess games are proposed as an alternative to greed-driven violence.  Questions are asked, leaving room for answers to spring from the reader’s imagination.  The deceptively simple plot follows a quest by a soldier who is searching for the foot he lost when he stepped on a mine.  Along the way, he encounters cruelty and kindness, and learns the true value of peace. 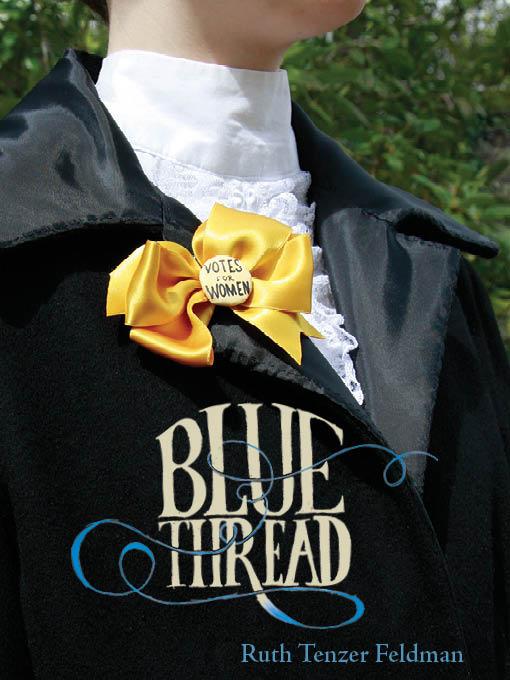 Blue Thread by Ruth Tenzer Feldman
This is historical fiction at its best. Realistic, yet interwoven with a thread of fantasy, this inspiring story is set against the backdrop of the women’s suffrage movement in Portland, Oregon, in 1912. Miriam is the daughter of Jewish immigrants.  She dreads being married off to a man of her parents’ choice.  Curious, intelligent, and stubborn, she longs to work in her father’s print shop.  When a mysterious visitor appears, and takes her time traveling back to a Biblical era, she learns that she can be brave.  She also learns to fight for women’s rights.  Returning to her own time, she becomes a suffragist, even though it means risking her relationship with her family. Miriam’s journey of discovery offers fascinating glimpses into two different historical time periods, two communities, and two aspects of the ongoing worldwide struggle for equality.  Blue Thread is an intriguing story, with expertly depicted characters.

First Comes Love by Katie Kacvinsky
Graceful writing lends depth to this intriguing summer romance.  The narrative alternates between two voices, the quirky one of bold Dylan, who insists on doing at least one random thing each day, and the cynical, wounded voice of Gray, a loner who is struggling to overcome a tragic loss.  A community college setting, paired with love scenes and road trips, portrays the yearning for adult independence.