MENUMENU
Writers Dan Beachy-Quick and Gina Ochsner joined PaulMartone from Late Night Library at Literary Arts last Thursday, October 17, as part of a partnership with Coffee House Press.
Paul interviewed Dan about his latest publication and first novel, An Impenetrable Screen of Purest Sky. The book addresses themes of metaphysics, the uncertainty of memory, and loss against the foreground of fairy tales and Moby Dick. Paul and Dan discussed authorial intent, alternative forms of text, and the recent trend of the poet as novelist. “How much should a book ask of us?” Dan mused. “How does a voice sustain its truth and beauty over the course of a novel?”
Dan Beachy-Quick is the author of five books of poetry, most recently Circle’s Apprentice, and two books of prose, A Whaler’s Dictionary and Wonderful Investigations.“The meaning of a book is always unthinkable,” he told Paul. “It’s the hidden, hollow thing that makes a story buoyant.” 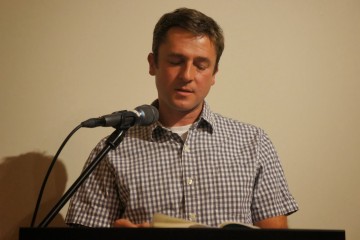 Gina Ochsner read from her short story “Elegy in Water,” a tale about a man who finds a mermaid he believes is his deceased wife. She drew inspiration from her father’s memories of growing up in Astoria. Ochsner’s writing is best known for catching small details: fish scales, cigarette butts, thighs the color of milk. She talked briefly about her most recent publication, The Russian Dreambook of Color and Flight, which received the Grub Street Book Prize in 2011. The story is a fantastical perspective on life in a modern Russian city, and its eclectic mix of inhabitants. 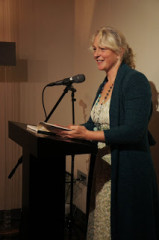 The event concluded with a small Q&A session and informal book signing. Thank you Dan, Gina, and Paul for joining us for a great evening at Literary Arts! 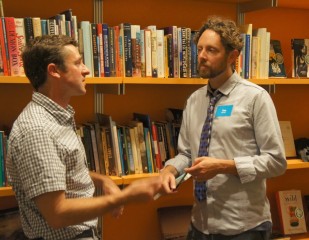 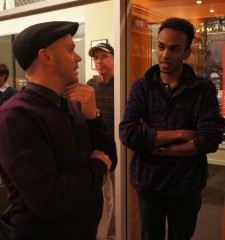 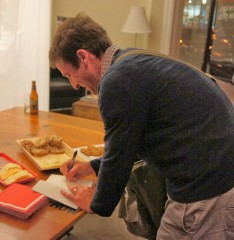 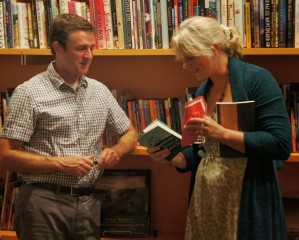