In honor of Thanksgiving, Paper Fort is re-running this posting from 2008. This post originally ran in November, 2008. Happy Thanksgiving! 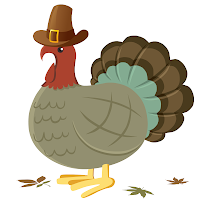 Paper Fort asked some Oregon authors, what are you thankful for? Here’s how they responded:

Edwin Battistella: I’m back in the classroom after a long tour in administration. So I’m thankful to be working with students, to be reading new books and rereading old ones.

Sid Miller: I am thankful for my best friend, my thirteen year old dog, her watchful vigilance as the turkey get plucked.

Paulann Petersen: For OBA, Poets-in-Town, Bus-Poems, Writers in the Schools, and writing fellowships, I give thanks. To every member of the staff, boards, and volunteer crews, I offer gratitude. You’re one of Oregon’s stellar blessings.

Penelope Schott: I am thankful for the fog tracing the line of the Coast Range and thankful for my window and my eyes and my friends who can stand here and see it with me.

Peter Sears: I am thankful for the fact that the lower and middle class whites of American voted for Obama. I was so afraid it wouldn’t happen. I am thankful that Obama is such an outstanding person that he could reach them.

Judith Barrington sent us part of a poem:

Give Thanks for Portland’s Dog Parks

Yofi is hiding behind the giant cedar—
his whiskers quiver as he plans an ambush.
Clouds stroll north with no rain in their bellies;
a speck of a hawk hangs on its upcurrent.
Crows shout their insults: Nitwits! Nitwits!
Who do you think will be here forever?

Paper Fort is thankful for Oregon’s writers! (ed’s note: Paper Fort would also like to add that Paper Fort as an entity has no preference for who wins the Civil War game on Saturday. Opinions expressed by the editor about the outcome of the game are the sole opinions of the editor, and not the viewpoint of Paper Fort or Literary Arts. Literary Arts likes all Oregon football teams equally).