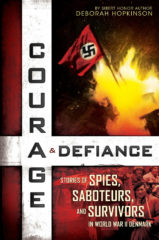 Courage & Defiance: Stories of Spies, Saboteurs, and Survivors in World War II Denmark is a nonfiction title about ordinary Danish citizens who resisted the Nazis and rescued their Jewish friends and neighbors from deportation.

Deborah Hopkinson is the author of more than forty books for young readers including picture books, middle grade fiction, and nonfiction. Her 2017 titles include A Letter to My Teacher and Independence Cake. She presents in schools across the country, where she has encountered wonderful students and educators (but not a single grizzly). Deborah lives in West Linn. 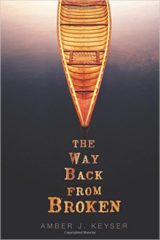 The Way Back from Broken (Carolrhoda LAB) by Amber J. Keyser

The Way Back from Broken is an exploration of grief, survival, and the healing power of wilderness.

Amber J. Keyser writes fiction and nonfiction for young adults. Trained as an evolutionary biologist, she cares deeply about the intersection of art and science and the way these disciplines unlock how the world works. She believes in the power of sharing our stories. More at www.amberjkeyser.com. 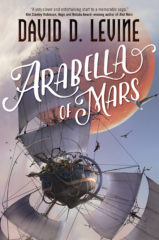 Arabella Ashby is a Patrick O’Brian girl in a Jane Austen world—born and raised on Mars, she was hauled back home by her mother, where she’s stifled by England’s gravity, climate, and attitudes toward women. When she learns that her evil cousin plans to kill her brother and inherit the family fortune, she joins the crew of an interplanetary clipper ship in order to beat him to Mars.

David D. Levine is the author of novel Arabella of Mars and over fifty SF and fantasy stories. He has won or been shortlisted for awards including the Hugo, Nebula, Campbell, and Sturgeon. Stories have appeared in Asimov’s, Analog, F&SF, multiple Year’s Best anthologies, and his award-winning collection Space Magic. 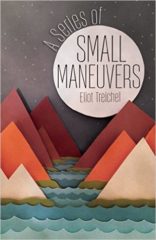 A Series of Small Maneuvers (Ooligan Press) by Eliot Treichel

After Emma inadvertently causes an accident that claims her father’s life on a wilderness canoe trip, she struggles to reconcile her sense of identity with memories of their strained relationship.

Eliot Treichel is author of the story collection Close Is Fine, which received the Wisconsin Library Association Literary Award. Originally from the Northern Wisconsin, he’s lived in Oregon since 2001. He currently teaches writing at Lane Community College in Eugene.