The following books are finalists for the 2019 Oregon Book Award in children’s literature. Each year, this program honors the state’s finest accomplishments by Oregon writers who work in genres of poetry, fiction, graphic literature, drama, literary nonfiction, and literature for young readers. Winners will be announced live during the ceremony event on April 22 at the Gerding Theater. The evening will be hosted by Cheryl Strayed. Reserve your seat today at Brown Paper Tickets. All of this year’s finalist are listed here.

Kate Berube grew up wanting to be an artist in a cow-filled Connecticut town. She now writes and illustrates picture books in Portland, OR. Kate’s authorial debut, HANNAH AND SUGAR, was shortlisted for the Klaus Flugge Prize, and won the Marion Vannett Ridgway Award and the Oregon Book Award for Children’s Literature.

Today is Mae’s first day of school. But Mae says, “I’M. NOT. GOING.” With the help of Rosie and Ms. Pearl, will Mae be ready to start the day? 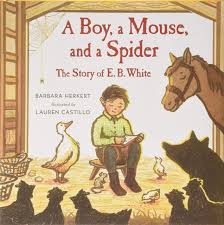 Barbara Herkert of Newport, A Boy, a Mouse, and a Spider: The Story of E.B. White (Henry Holt and Co.)

Barbara Herkert is the author of three picture book biographies including,  Sewing Stories: Harriet Powers’ Journey from Slave to Artist, and  Mary Cassatt: Extraordinary Impressionist Painter. She received a MFA in Writing for Children and Young Adults from Hamline University.

A Boy, a Mouse, and a Spider  is the story of a shy and sickly boy who found strength through words and became one of the most beloved children’s authors of all time. 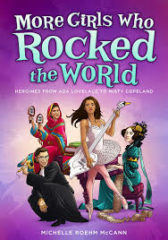 Michelle Roehm McCann  has written and edited children’s books for 30 years. Books like Girls and Boys Who Rocked the World series and Luba: Angel of Bergen-Belsen (2004 OBA winner) encourage kids to find their passion and change the world. Her newest, Enough Is Enough (Fall 2019), details America’s gun epidemic and how to fix it.

More Girls Who Rocked the World is a collection of 45 short, inspiring biographies about young women throughout history and around the world who made their mark before the age of twenty. From Cleopatra and Annie Oakley to Malala and Adele, these are stories of incredible girls being brave, going after their dreams and achieving greatness. 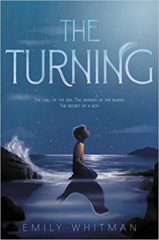 Myth and magic meet real life in Emily Whitman’s books for kids and teens: The Turning, a Junior Library Guild selection; Radiant Darkness; and Oregon Book Award winner Wildwing. Emily sparks excitement about books and writing at school visits, conferences, and in her workshops at the Attic Institute.

Aran, raised by his selkie clan at sea, longs for the pelt that will transform him into a sleek, powerful seal like everyone else. But when he learns the secret they’ve kept from him, he embarks on a dangerous quest that leads to the bewildering world of humans–and discovers what it means to belong. 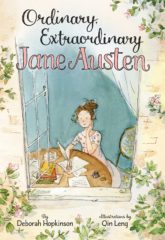 Deborah Hopkinson writes picture books, historical fiction, and nonfiction for children and teens. In 2017, she won the Leslie Bradshaw Award for Young Adult Literature for Courage & Defiance. Her most recent book for middle grade readers is How I Became a Spy. She lives in West Linn.

“It is a truth universally acknowledged that Jane Austen is one of our greatest writers.” So begins Deborah Hopkinson’s picture book biography of Jane Austen, which introduces young readers to a girl who wrote about the ordinary world in the most extraordinary way.