The following books are finalists for the 2019 Oregon Book Award in poetry. Each year, this program honors the state’s finest accomplishments by Oregon writers who work in genres of poetry, fiction, graphic literature, drama, literary nonfiction, and literature for young readers. Winners will be announced live during the ceremony event on April 22 at the Gerding Theater. The evening will be hosted by Cheryl Strayed. Reserve your seat today at Brown Paper Tickets. All of this year’s finalist are listed here. 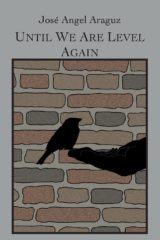 José Angel Araguz of McMinnville, Until We Are Level Again (Mongrel Empire Press)

José Angel Araguz is a CantoMundo fellow and author of seven chapbooks as well as the collections Everything We Think We Hear, Small Fires, and Until We Are Level Again. He runs The Friday Influence poetry blog, is a current Airlie Press editor, and teaches at Linfield College.

The poems of Until We Are Level Again explore the capacity of lyric poems to move eulogy into celebration and revelation. The writing amplifies the ache of empty spaces, and delves into themes of Latinx culture, home, growth, reflections, and change.

Matthew Minicucci is the author of the 2015 collection Translation, selected by Jane Hirshfield for the Wick Poetry Prize. He received the 2016 Stanley P. Young Fellowship from the Bread Loaf Writers’ Conference and the 2018 C. Hamilton Bailey Oregon Literary Fellowship. He currently teaches at the University of Portland.

Through letters, lemmas, and mathematical proofs, Small Gods examines the unexpected ways faith and science intersect to help us, as poet Alan Shapiro writes, “celebrate and mourn the mutability of love.” Sourced equally from the ancient and the quotidian, it’s a collection bearing into view those little longings living in the margins and crevices of everyday life. 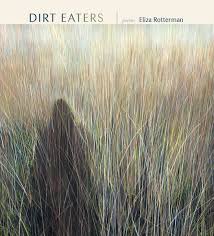 Eliza Rotterman grew up in Cincinnati, Ohio. Her poetry has appeared in Volta, Quarterly West, Colorado Review and The Los Angeles Review and she was awarded fellowships from the Vermont Studio Center.

The poems in Dirt Eaters often pivot around a central question, and the speaker / poem then moves around between what they do and do not know in response to this fundamental place of curiosity. 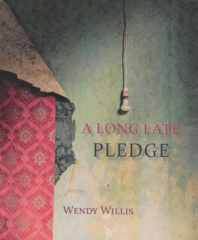 Wendy Willis is the author of two books of poems and a book of essays. Her most recent book, These are Strange Times, My Dear, was released in February. Wendy is also the Founder and Director of Oregon’s Kitchen Table in the Hatfield School of Government at Portland State University.

A Long Late Pledge is a meditation on  democracy, what it is and where it has failed. Grounded primarily in the landscape of Oregon, the book contains a number of poems that find their footing farther east as well, as far as Monticello and beyond. 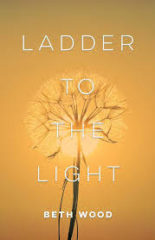 Beth Wood of Portland, Ladder to the Light (Mezcalita Press)

Beth Wood is an award-winning singer-songwriter and poet who has toured the country making music for twenty-one years. Beth has released eleven albums and two books of poetry. Her third book, a collection of awkward stories from the road, comes out in 2019. Beth believes there are no wrong notes.

Inspired by an image from a Jane Hirshfield poem ‘Mule Heart’ in which grief and joy are carried in “two waiting baskets,” Wood seeks to find balance again and regain footing after heartbreaking loss. Ladder to the Light chronicles her journey from grief to gratitude to believing in love again.