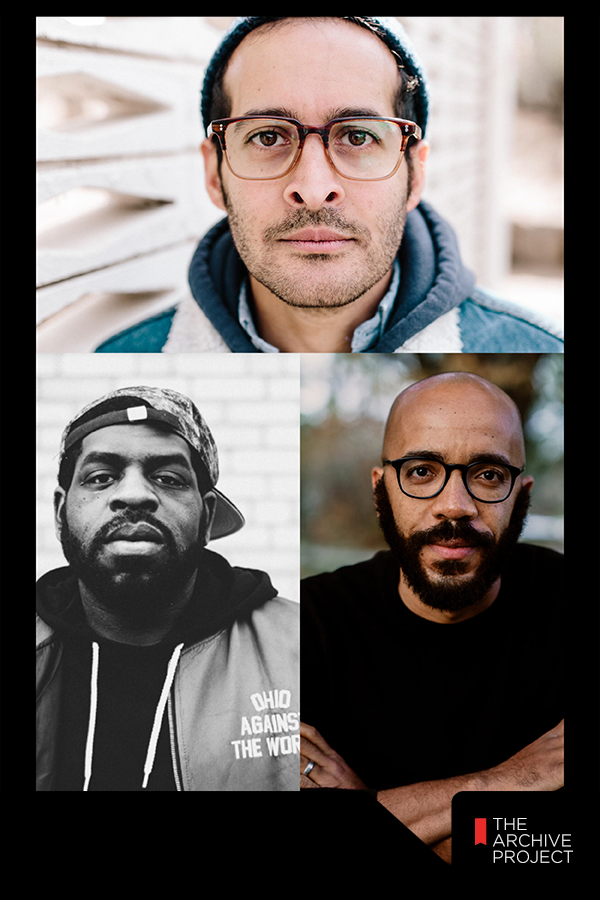 This episode of The Archive Project is part of an ongoing series featuring conversations curated and lead by Oregon’s Poet Laureate Anis Mojgani. Anis invited two writers to join him in conversation. Both are primarily poets, but have recently authored books of nonfiction about the intersection of American history, culture, and the African-American experience.

Hanif Abdurraqib is the author of two full-length collections of poetry, in addition to a chapbook. He is perhaps most famous for Go Ahead In The Rain: Notes To A Tribe Called Quest, which was longlisted for the National Book Award and was a New York Times Bestseller. In this conversation, he is talking about his most recent book, A Little Devil in America: Notes in Praise of Black Performance.

Clint Smith is the author of the poetry collection Counting Descent and is a staff writer at The Atlantic.  His new book is How the Word Is Passed: A Reckoning With the History of Slavery Across America.

This conversation is special because it is among poets, and these poets bring to their subjects an unusual perspective and surprising insights that we don’t always get from traditional historians or cultural critics. In their exploration of foundational or pivotal aspects of American history and culture, both Abdurraqib and Smith’s perspectives are vital to the national conversation we are having about race right now.

“The book became richer when my own experiences and sensibilities and questions were put in conversation with that of others.” – Clint Smith

“There are some places in the book where I got to be more playful. …I think that was a part of me feeling some freedom that I hadn’t maybe felt before, feeling some confidence in my voice that I hadn’t really felt before… The ability to be playful and funny while still making sure that people knew that I was writing about something that I took very seriously.” – Hanif Abdurraqib

Hanif Abdurraqib is a poet, essayist, and cultural critic from Columbus, Ohio. His poetry has been published in PEN American, Muzzle, Vinyl, and other journals, and his essays and criticism have been published in The New Yorker, Pitchfork, The New York Times, and Fader. His first full-length poetry collection, The Crown Ain’t Worth Much , was named a finalist for the Eric Hoffer book award and nominated for a Hurston-Wright Legacy Award. His first collection of essays, They Can’t Kill Us Until They Kill Us was named a book of the year by NPR, Esquire, BuzzFeed, O: The Oprah Magazine, Pitchfork and Chicago Tribune, among others. Go Ahead in the Rain: Notes to a Tribe Called Quest was a New York Times bestseller and a National Book Critics Circle Award and Kirkus Prize finalist and was longlisted for the National Book Award. His second collection of poems, A Fortune for Your Disaster, won the Lenore Marshall Poetry Prize. He is a graduate of Beechcroft High School.

Clint Smith is a staff writer at The Atlantic and the author of the poetry collection Counting Descent. The book won the 2017 Literary Award for Best Poetry Book from the Black Caucus of the American Library Association and was a finalist for an NAACP Image Award. He has received fellowships from New America, the Emerson Collective, the Art For Justice Fund, Cave Canem, and the National Science Foundation. His writing has been published in The New Yorker, The New York Times Magazine, Poetry Magazine, The Paris Review and elsewhere. Born and raised in New Orleans, he received his B.A. in English from Davidson College and his Ph.D. in Education from Harvard University.