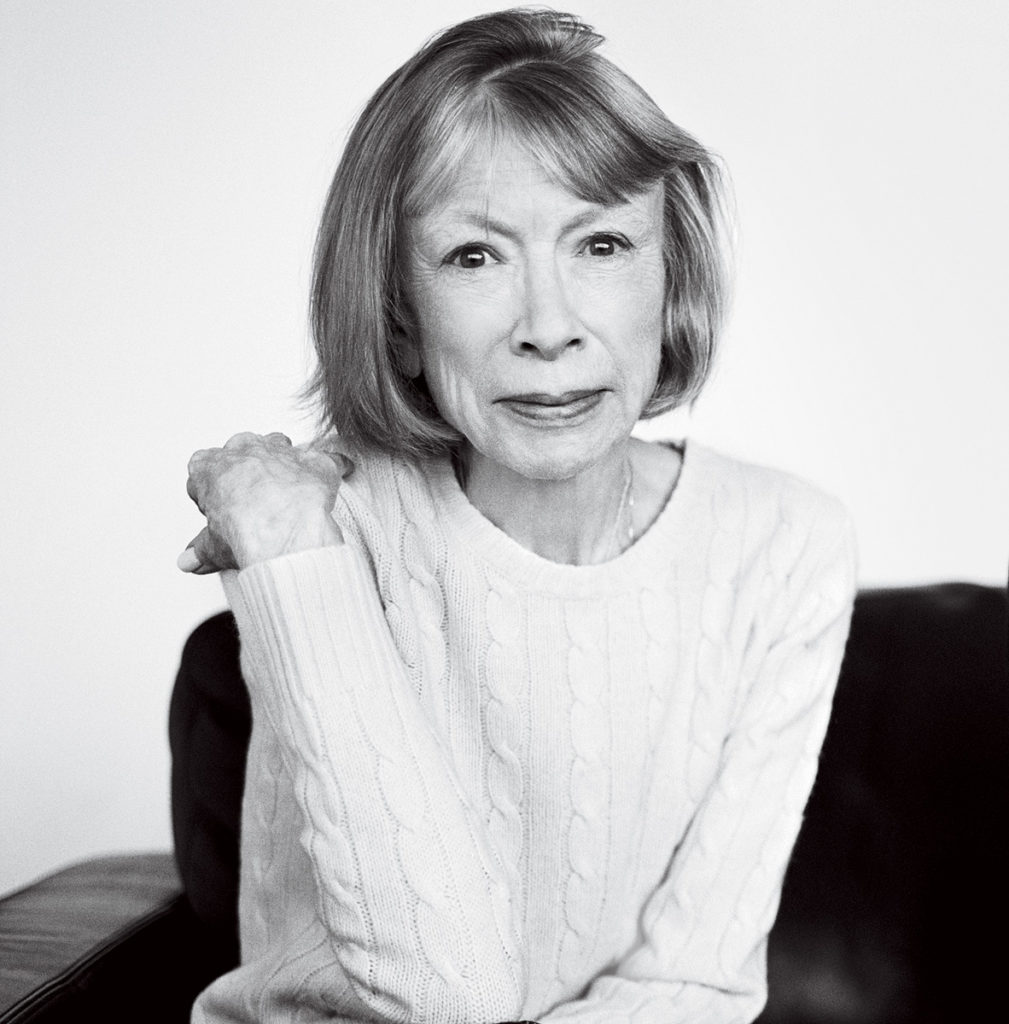 Joan Didion shares from Political Fictions, which focuses on her experience observing and participating in the American political process.

In this episode of The Archive Project, Joan Didion reads from her newest book at the time, Political Fictions, selecting excerpts that focus on her experience observing and participating in the American political process. Following this, David Sarasohn, Associate Editor for The Oregonian, joins her for an onstage interview. Their discussion centers on Didion’s essays exposing the backstage of American politics.

“I have a strong sense that we better start noticing the rest of the world.”

American novelist and essayist Joan Didion began her writing career working for Vogue magazine from 1956 to 1963, first as a copywriter and later as an editor. During this period, she also wrote her first novel, Run River (1963), which examines the disintegration of a California family. While in New York City, she met and married writer John Gregory Dunne, with whom she returned to California in 1964. A collection of magazine columns published as Slouching Towards Bethlehem (1968) established Didion’s reputation as an essayist and confirmed her preoccupation with the forces of disorder. Other works by Didion include the short novels Play It as It Lays (1970), A Book of Common Prayer (1977), Democracy (1984), and The Last Thing He Wanted (1996), and the essays Salvador (1983), Miami (1987), and Where I Was From (2003). Essays on U.S. politics, including the presidential election of 2000, were collected in Political Fictions (2001). Didion also wrote several screenplays with her husband. Following Dunne’s death in 2003, she wrote The Year of Magical Thinking (2005), in which she recounted their marriage and mourned his passing. The memoir won a National Book Award, and Didion adapted it for the stage in 2007. In 2011, she again visited tragedy and loss in Blue Nights, a memoir in which she attempts to come to terms with the death of her daughter. Didion was honored with the National Humanities Medal in 2013.