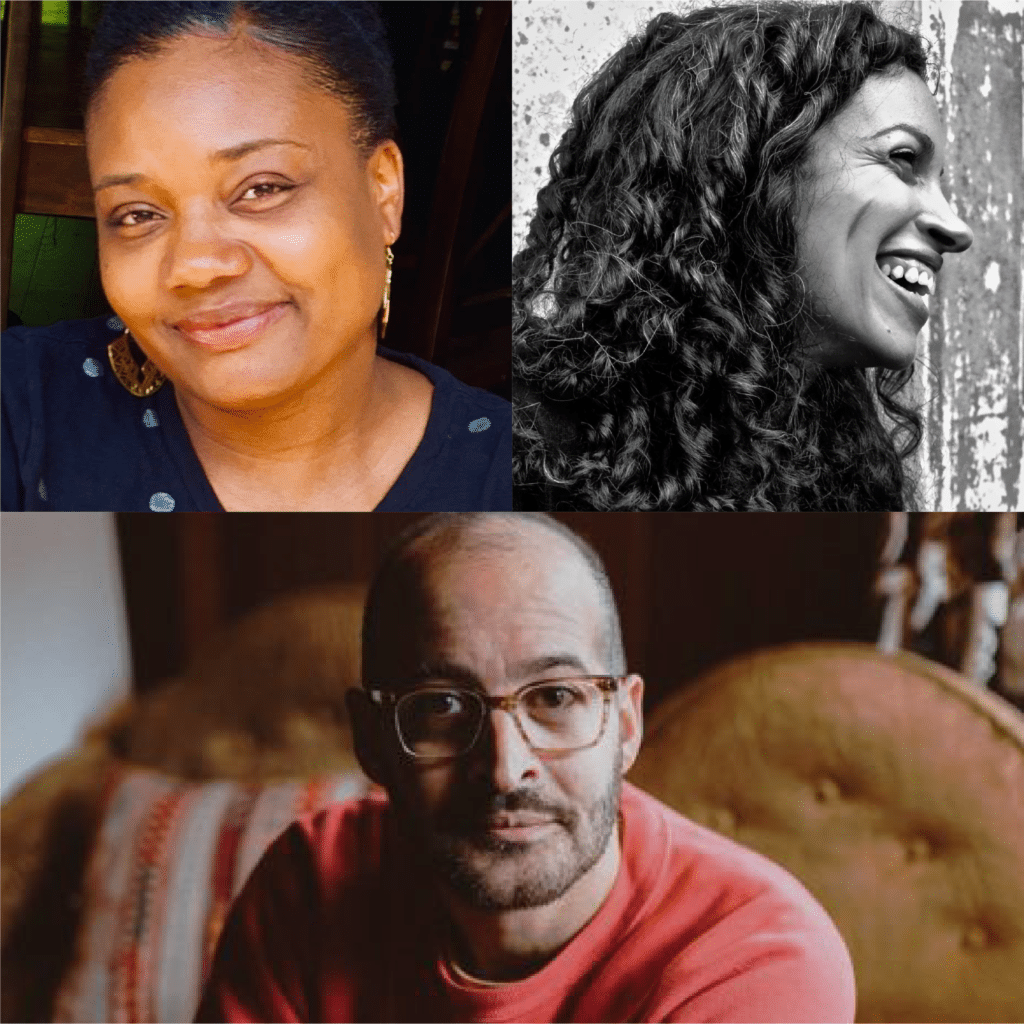 This episode of The Archive Project features a conversation between 2020 Oregon Book Award winners Kesha Ajose Fisher and Ashley Toliver, with Oregon Poet Laureate Anis Mojgani. Much of their conversation focuses on craft—writing from the space of the unknown, writing as self-discovery, the role of time in the creative process—but they also discuss what it is like to cultivate a diligent writing practice while juggling motherhood, family, and all the other human demands during these especially trying times. These three are among some of the most exciting writers at work today, and their conversation provides insight and depth into how a creative piece of work makes its way into a reader’s hands.

“To me, writing is an act of listening. Most of the time what I hear I don’t understand, but I write it anyway.” – Ashley Toliver

Kesha Ajose Fisher was born in Chicago and raised in Lagos, Nigeria. She now lives in Oregon with her family. Kesha’s debut collection of fictional stories, No God Like the Mother, focuses on the lives and realities of women who have been tasked with holding up the sky, all while the world whispers “you’re doing it wrong”. Fisher has won the 2020 Oregon Book Award for Fiction and The Phoenix Literary Magazine’s Editor’s Choice Award for Short Fiction in both 2011 and 2012. Her writing has been published in several online and print collections, and in such publications as Multicultural Familia Magazine, the Alchemy Literary Magazine, and twice in Beyond Black & White Magazine. She works in social services, is a vocal advocate for immigrants and refugees, and she champions equality and education while opposing the poverty that plagues humanity.

Ashley Toliver is the author of Ideal Machine (Poor Claudia, 2014) and Spectra (Coffee House Press, 2018). A poetry editor at Moss., her work has been supported by fellowships from Oregon Literary Arts, the Cave Canem Foundation, and the Academy of American Poets. She received her MFA from Brown University in 2013.

Anis Mojgani is the current Poet Laureate of Oregon. A two-time individual champion of the National Poetry Slam and winner of the International World Cup Poetry Slam, he has been awarded residencies from the Vermont Studio Center, AIR Serenbe, The Bloedel Nature Reserve, The Sou’wester, and the Oregon Literary Arts Writers-In-The-Schools program. The author of five books of poetry, he has done commissioned work for the Getty Museum and the Peabody Essex Museum, given multiple TEDx talks, and April 2021 will see the premiere of his first opera libretto, Sanctuaries. Anis’ work has appeared on HBO, National Public Radio, and as part of the Academy of American Poets Poem-A-Day series; and in the pages of such journals as Rattle, Platypus, Winter Tangerine, Forklift Ohio, and Bat City Review. Originally from New Orleans, Anis currently lives in Portland Oregon.