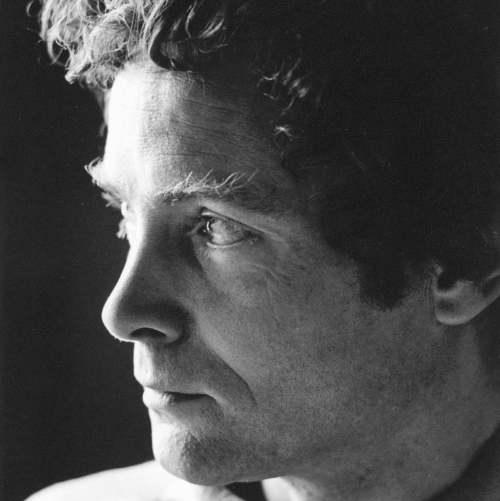 In this episode, we honor two-time United States Poet Laureate and Pulitzer Prize-winner W.S. Merwin. In November of 2008, Merwin joined Literary Arts downtown in the Newmark Theatre for an intimate Q&A session, followed by a reading from his 2005 National Book Award-winning collection, Migration. The collection features a combination of new poems and selected favorites from the course of his lengthy and prolific career. In a New York Times review of the book, Don Chiasson wrote that Merwin’s poetry “implies something above or below ordinary speech: the hum of deep interiority, a chorus of ancestral voices, the music of the spheres.” It was Merwin’s ability to blend this kind of secular spirituality with the political that made him much beloved among literary lovers and critics alike. His keen ear for language allowed him to epitomize and transcend the issues he tackled, among them the Vietnam War and environmentalism, with heart-wrenching elegance. Merwin’s passion for the environment in particular colored his later work. When asked about the role of the poet in society, Merwin replied, “I think there’s a kind of desperate hope built into poetry now that one really wants, hopelessly, to save the world. One is trying to say everything that can be said for the things that one loves while there’s still time. I think that’s a social role, don’t you?”

After over a half-century of award-winning literary and civic contributions, W.S. Merwin passed away on March 15, 2019, at the age of 91. Born September 30, 1927, in New York City, William Stanley Merwin was the son of a Presbyterian minister, for whom he began writing hymns at the age of five. He was raised in New Jersey and Pennsylvania and attended Princeton University on a scholarship. As a young man, Merwin went to Europe and developed a love of languages that led to work as a literary translator. Over the years, his poetic voice has moved from the more formal to a more distinctly American voice. Merwin was perhaps the most highly decorated poet in American history, with two Pulitzer Prizes, and National Book Award, and two terms as United States Poet Laureate, among many other honors. As the Atlantic Monthly says, “The intentions of Merwin’s poetry are as broad as the biosphere yet as intimate as a whisper. He conveys in the sweet simplicity of grounded language a sense of the self where it belongs, floating between heaven, earth, and the underground.”

He lived in Majorca, London, France and Mexico and several places in the United States, including Boston and New York. In 1976, Merwin moved to Hawaii to study with Robert Aitken, a Zen Buddhist teacher. He married Paula Dunaway, in 1983, and settled on Maui. For nearly 30 years, they lived in a home that he designed and helped build, surrounded by acres of land once devastated and depleted from years of erosion, logging, and toxic agricultural practices. Merwin painstakingly restored the land into one of the most comprehensive palm forests in the world. He passed away on March 15 in his home at the age of 91.