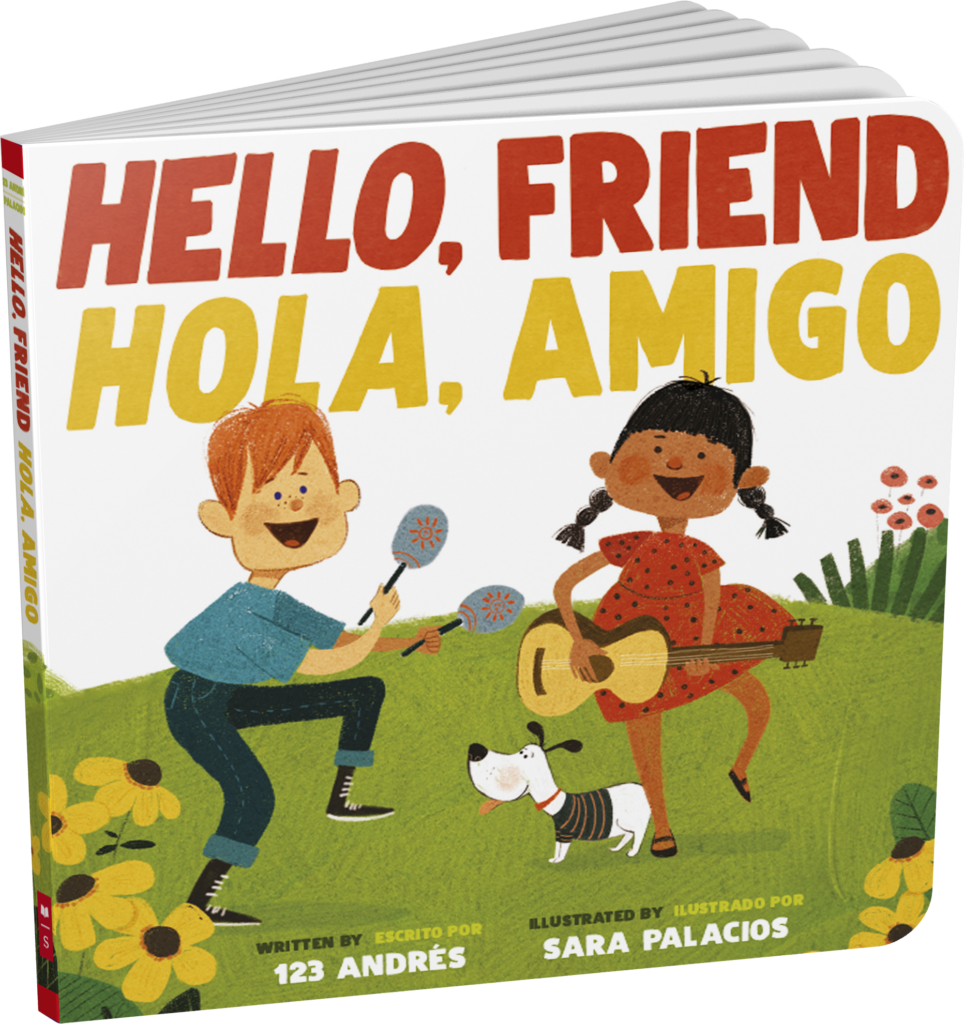 Andrés Salguero grew up in Bogotá, Colombia, and learned how to play the guitar from his father at an early age. He had his first studio experience at age eight, and from there he went on to earn a Doctorate in music and won the National Composition Contest in Colombia for one of his early songs. Since then, Andrés and his partner Christina — together, 123 Andrés — won the Latin Grammy for Best Children’s Album in 2016, the Parent’s Choice Gold Award, and a Notable Children’s Recording by the American Library Association. Their Latin Grammy nominated debut album, ¡Uno, Dos, Tres Andrés en español y en inglés!, was hailed by the Boston Globe: “Joyous new album… hopscotches around the Spanish-speaking world, seamlessly switching from bachata and bolero to mariachi and vallenato.”