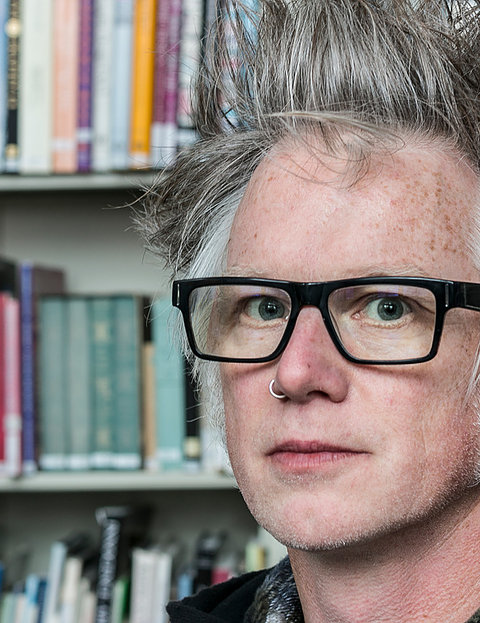 Matt Hart is the author of seven books of poems, including most recently Radiant Action and Radiant Companion. Everything Breaking/For Good is forthcoming from YesYes Books in September 2019. Hart’s poems, reviews, and essays have appeared or are forthcoming in The Academy of American Poets online, Big Bell, Gulf Coast, Harvard Review, Jam Tarts Magazine, jubilat, Kenyon Review online, Lungfull!, and POETRY, among others. After earning his BS in Philosophy from Ball State University in 1992, Hart recorded and toured as lead vocalist for the LOOKOUT! Records band Squirtgun. Their music was featured both on MTV and in the Kevin Smith movie Mallrats. In 2001, Hart earned an MFA in Poetry from the Warren Wilson MFA Program for Writers. His awards include a Pushcart Prize, a 2013 individual artist grant from The Shifting Foundation, and fellowships from both the Bread Loaf Writers’ Conference and the Warren Wilson College MFA Program for Writers. A co-founder and the editor-in-chief of Forklift, Ohio: A Journal of Poetry, Cooking & Light Industrial Safety (now celebrating its 25th year without a lost-time accident!), he lives in Cincinnati where he is Associate Professor in Creative Writing and the Chair of Liberal Arts at the Art Academy of Cincinnati. Currently, he plays guitar and shouts in the band NEVERNEW.