About fifty students from Stephen Lambert’s classes at Metropolitan Learning Center gathered in a sunny basement auditorium for a Q&A with National and International Poetry Slam Champion Anis Mojgani yesterday. Many of these students are studying slam poetry, and they had lots of great questions about Mojgani’s writing practices, inspiration, finding literary community, and opinion on the phenomenon of slams.

“Poetry allows me to explore what it means to be human,” said Mojgani in his introduction. “Poetry takes the things inside of us that don’t have color or shape and tries to put them into words.” When asked if he has a goal before he sits down to write a poem, he replied, “I try to follow the poem instead of making it follow me. Usually the goal is not known to me until I engage in the act of creating.”

When asked about his methodology, Mojgani explained that he spends three to four months a year on the road, performing. During the rest of the year he is home writing. “I try to be in a routine as much as possible,” said Mojgani. “It’s not glamorous or romantic; I treat it like a job.” He emphasized the importance of being familiar with writing, comparing it to a friendship–if you haven’t seen or talked to a friend in a long time, the connection can weaken. He also said that he finds it helpful to return to art that inspires him, whether film or music or writing.

When asked for tips on public speaking, Mojgani said he reminds himself that “the irrational things we fear are just that: irrational.” He noted that most of the time, the things we fear don’t actually happen, and even if they do, no one remembers them.

As for poetry slams, despite being a veteran, Mojgani’s enthusiasm for them was palpable. He spoke of the “catalyst” of slams being “an incredible thing; at its core, it’s about getting people excited about hearing and writing poems. The competition isn’t irrelevant, but it’s not the point.” Students leaned in when he spoke. “Poetry is not just for textbooks…It can matter in your life.”

And by request, Mojgani wrapped up by performing a poem for the students. The applause was loud and long.

Thanks so much to Mr. Lambert for helping us coordinate this visit, to Anis Mojgani for his generosity and warm honesty, and to the students for being so engaged and well prepared. It was a great author visit! 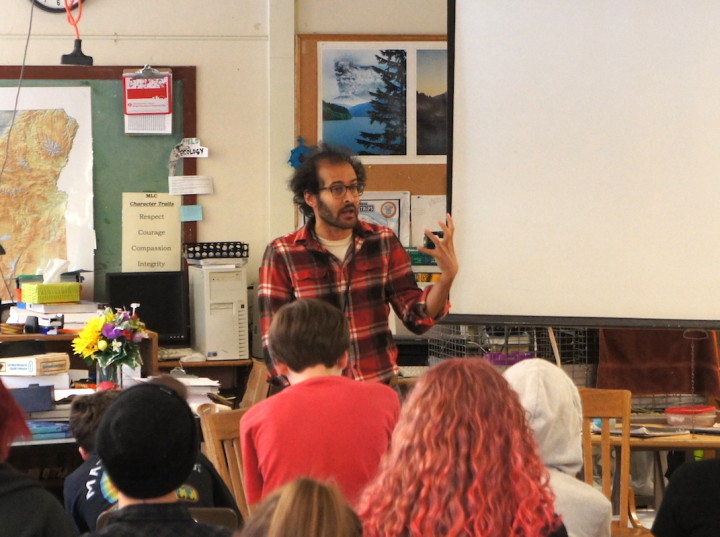 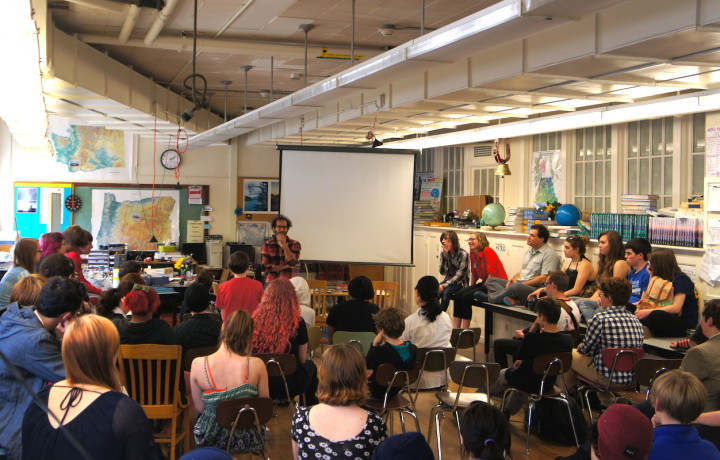 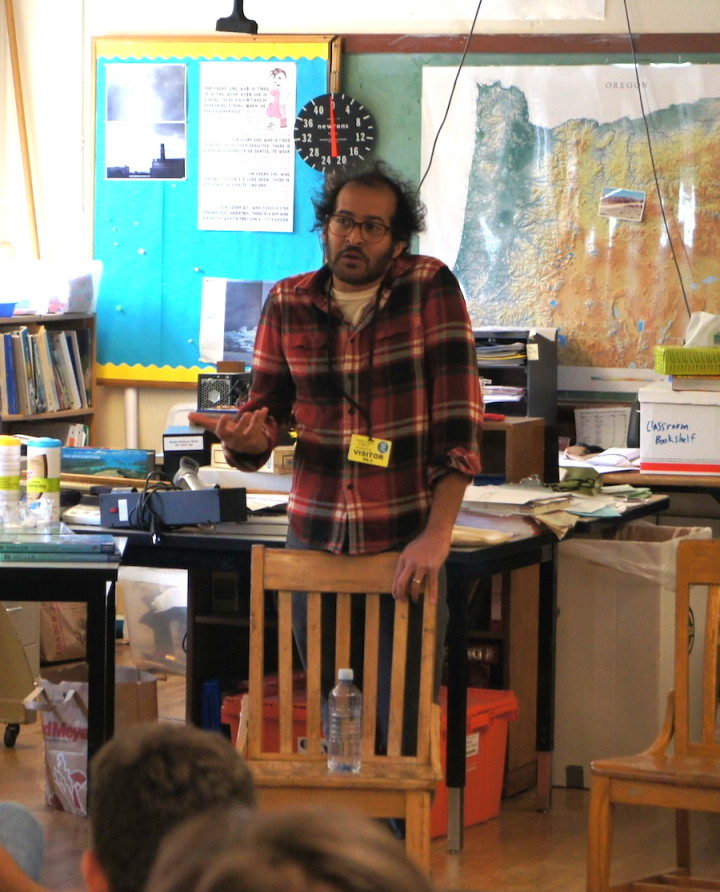 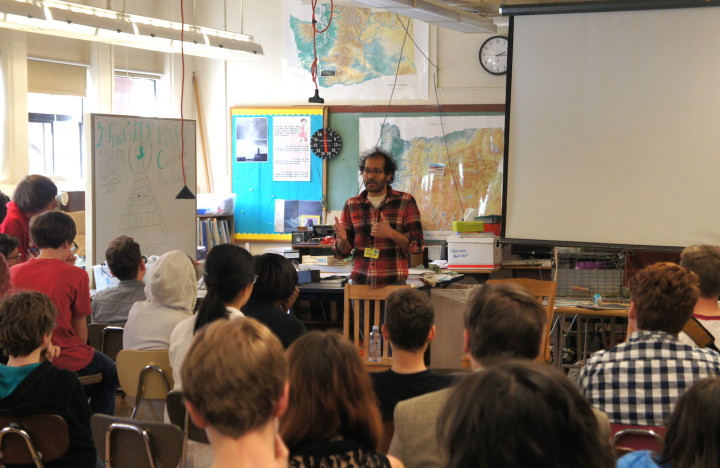